Sweden’s northernmost rock carvings can be found by the Ume River and the island of Truthällorna, southeast of the Norrfors fish farm. There are 54 rock carvings depicting boats, moose (27 in total), human figures and cup and ring marks. The moose are depicted in profile, with lines resembling skeletons and organs. A group of archaeology students discovered the rock carvings in 1984.

Since the 17th century, Norrfors has consisted of two areas separated by Idebäcken. The western part of the village is probably the oldest and is situated on flatlands. Meanwhile, the eastern portion is on a hill.

The older village areas have preserved farming village characteristics. In the early 20th century, the area around Brännland Station by the Vännäs-Umeå branch line grew.

New buildings were added throughout the 20th century along Kassjövägen road and in the Solgård area.

Norrfors power station by Brännland was built 1924–1926 by the government-run Vattenfall. Operations ceased in 1958, when the Stornorrfors power plant was completed.

Norrfors is also home to the Stornorrfors fish farm. But due to contagion risks, the farm is closed to visitors. Activities at the Stornorrfors power plant are announced in the local papers. 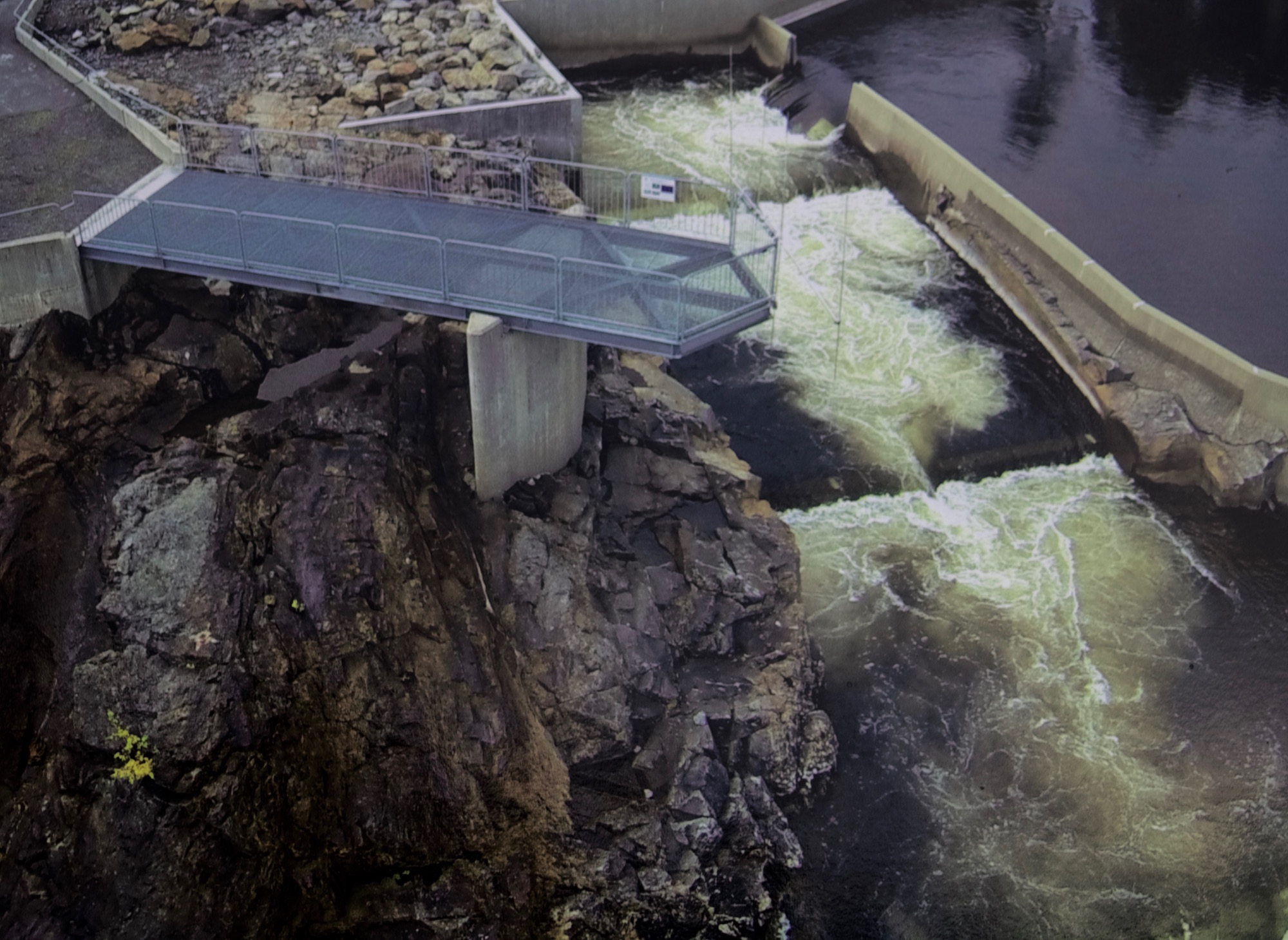 At the “Salmon Ladder” you can watch salmon and sea trout as they migrate up to their spawning grounds in the Vindel and Ume rivers.

There is great interest in improving fish migration and opportunities to spawn. This has resulted, among other things, in one of Europe’s most modern fish ladders.

Follow the salmon and sea trout on their way up the salmon ladder and read more about Stornorrfors and ongoing projects on the website fiskevatten.vattenfall.se

Take the chance to visit the “Timeline” in the same location.

See history up close with a visit to the rock carvings in Norrfors. The over 50 carvings are about 5,000 years old and they are the northernmost carvings in Sweden.

Cycle there on the path that runs along the river, about 15 km upstream. You will also find a “Timeline” tracing events from the Stone Age to today. This is an excellent place for a history lesson with the kids as you take a break and snack on the smooth rock.

The red hue has the educational purpose of highlighting some of the figures, but the County Administrative Board has been reluctant to continue filling in the carvings with colour. Originally, of course, they were not coloured.

Time travel to the rock carvings

The Timeline is a journey backwards in history, all the way to the Stone Age 4,000-5,000 years ago. The wooden footbridge to the rock carvings serves as a timeline. Signs noting the year, ruler and events will help you orient yourself in time.

For every metre, you move 33 years back in time. 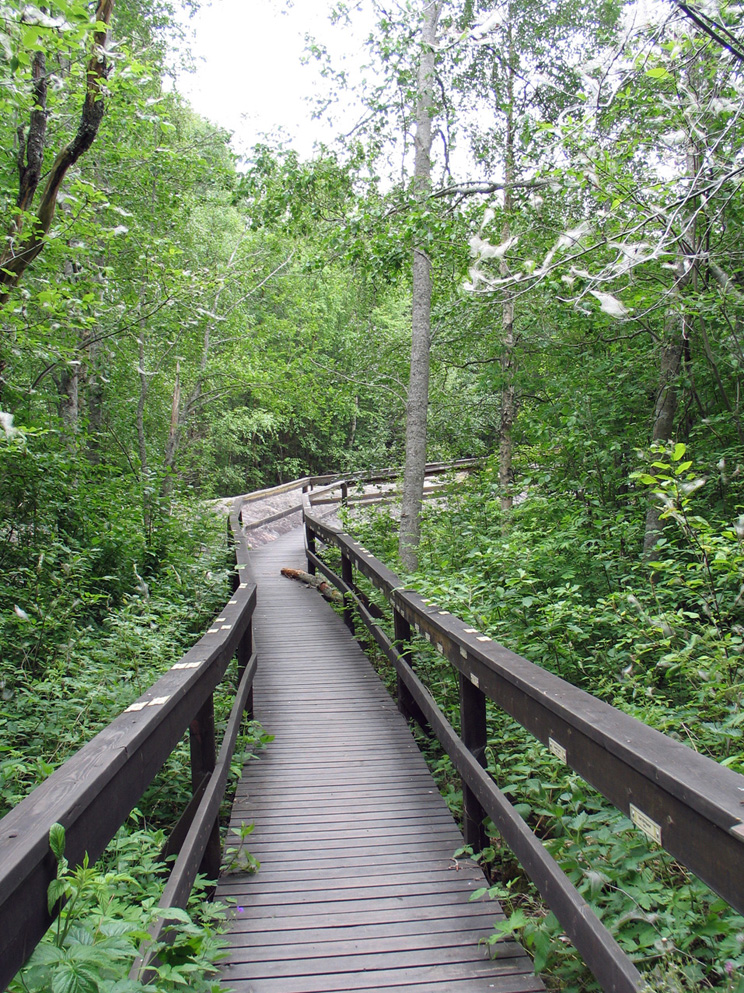 In 1768, the people of Norrfors village were granted permission to build a coarse-blade household saw for cutting boards out of timber from their own forests. This right was later expanded to also include purchased timber from Vännfors, Selet and Rödå.

In 1791, the coarse-blade saw was changed to a fine-blade saw, with saw rights for 300 of their own trees and 900 trees from marked out forests.

Another fine-blade sawmill was built in 1786 when a trader from Umeå, Olof Tjärnström, was granted permission to build a fine-blade saw with a frame in Norrfors.

In 1850, Dickson & Co acquired the second Norrfors sawmill and privileges, except for one frame, which was continued to be reserved for the village’s needs.

Sawing for farmers continued in Norrfors until the 1870s and in the 1890s, a mill was put up on the site of the sawmill.

The farm bell from the Norrfors sawmill is in the Popular Movement Archive and is owned by the Umeå Log Driving Association.