The Ume River delta is one of the nation’s largest river deltas. It is a mecca for migrating birds and eager birdwatchers. Tens of thousands of birds rest here in spring and autumn.
Read more about Bergön, Villanäs and Stora Tuvan on the County Administrative Board’s website

Look out on Holmen 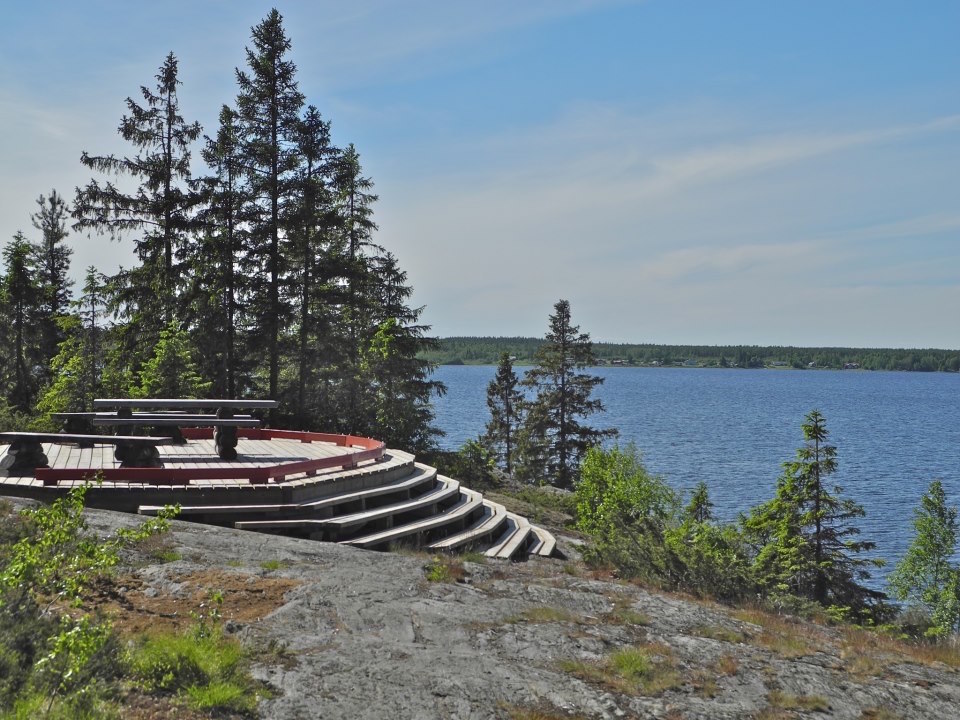 Stora Tuvan: A suspension bridge adapted for wheelchairs and baby carriages makes Stora Tuvan allows access from the carpark. The island has an access ramp that goes through lush, leafy forests out to the birding tower. The ramp also provides access for the visually impaired. There is a hideout at the end of the point. Follow signs from Obbolavägen road. It is not permitted to walk outside the trail between 1 April and 15 May.
About two years ago, Stora Tuvan was refitted to improve accessibility with ramps and railings. 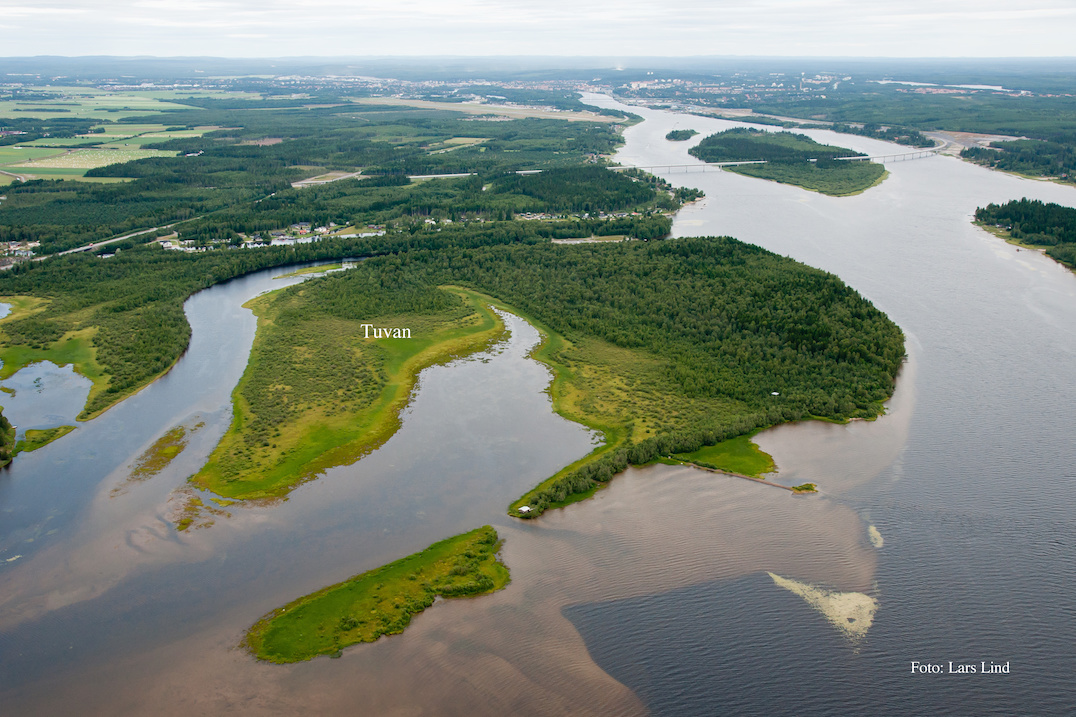 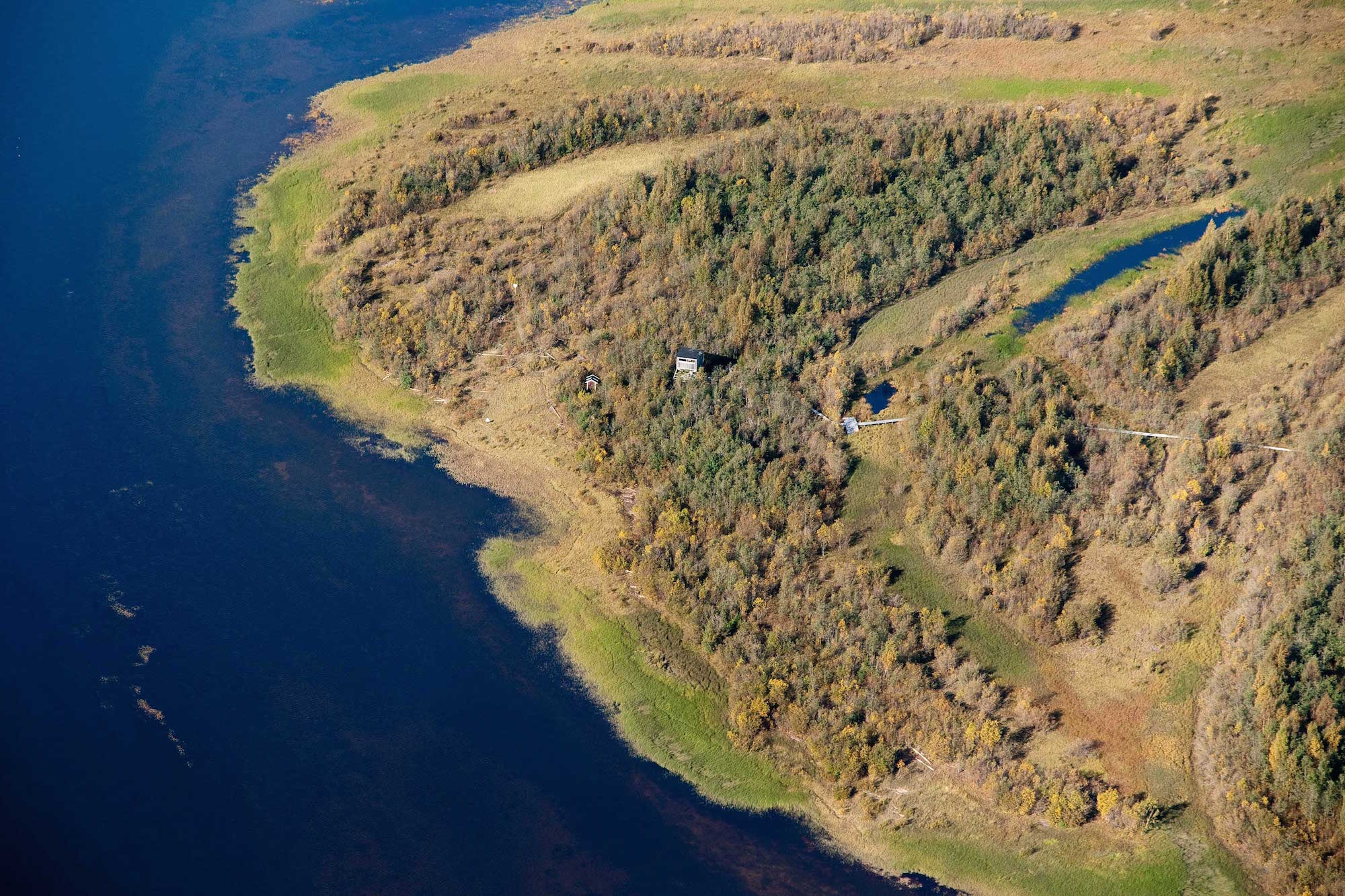 The Ume River delta is one of the nation’s largest river deltas. It is a mecca for migrating birds and eager birdwatchers. Tens of thousands of birds rest here in spring and autumn.

The birds of Degernässlätten
– part of the Ume River delta area 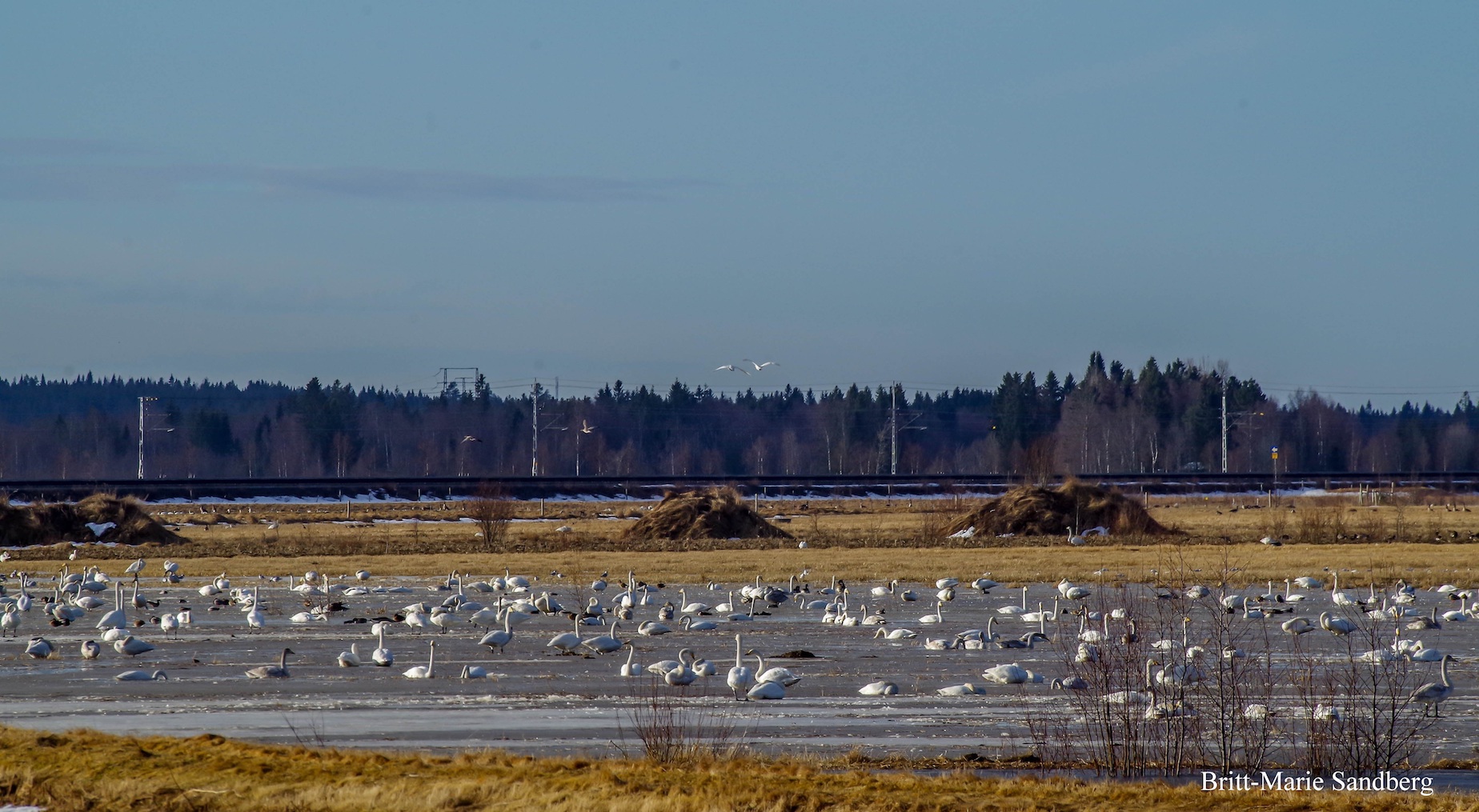 Spring’s major event occurs when around 6,000 swans arrive all in a single day. 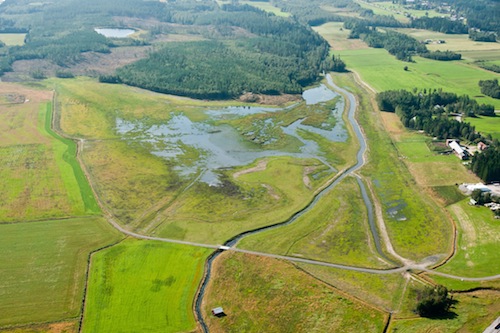 Two new wetlands for resting birds, Storavan was previously flatlands which were drained and are now covered in forests and bushes. Just a small part of the original lake remained. The Swedish Rail Administration has cut the forest to form open pastures and raised the water level to create an open landscape with calm waters that appeal to both migratory and nesting birds. At Southern Degernässlätten-Sundet, the Rail Administration has gone one step further. In addition to constructing wetlands and pastures, temporary flood zones that have been created on fields to the north. Both areas are protected nature reserves.

A shipwreck which comprises the last remnants of the barque Equvator is visible north of Holmen, where charred beams and timber still appear above the water’s surface.

Other boats are sunk here, and this area is a popular diving site that is considered an easy, uncomplicated dive. One of the other wrecks here is a small cargo boat that sank in 1853 due to a cholera epidemic on board. 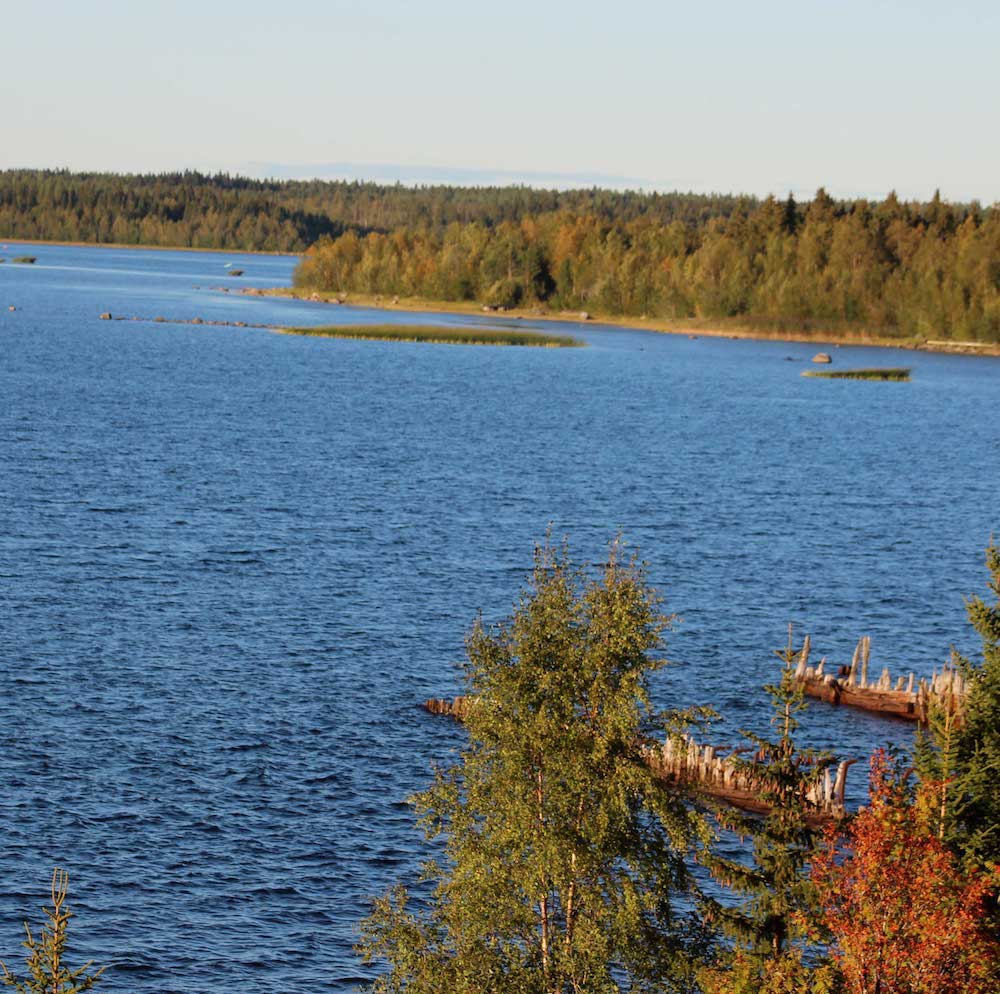 Cholera victims rest within this simple wooden fence, beneath the blueberry bushes. Cholera is an intestinal disease that often leads to death in a matter of days. In the 19th century, 37,000 people died of cholera in Sweden. The disease was especially common near harbours, where crews from ships were often contagious. To prevent infection, people who died of cholera were buried in special cholera cemeteries some distance away from the town centre.

Cholera came to the Holmsund wharf in 1854, and six people died. One of them was the Finn Simon Matsson, from Lillkyro in Österbotten. Perhaps it was his ship that brought the infection.

When Holmsund became its own congregation in 1863, the cholera cemetery was used for a few years as a general cemetery, before the Holmsund Church cemetery was first used in 1866.

Another cholera outbreak arrived in late July 1866. In just under two months, 10 people died and were buried here in the cholera cemetery. It was then used a few more times, but not for victims of cholera.

It is unclear why they were buried on Holmen and not by the Holmsund Church. The last burial here appears to have been in 1873.

In 1939, the cemetery was enclosed by the sawmill company Holmsunds AB, which owned the eastern part of Holmen. A memorial stone was erected at that time.