Ön, which was once a forgotten part of Umeå municipality in the middle of the river, is now being developed into one of the city’s most attractive residential areas. An comprehensive plan has been developed and there are plans for a mixed-use area on the northern part of the island. Sustainable building will be a guiding concept and solutions for minimising traffic in the area are being included.

Ön is a relatively late phenomenon. In the late Middle Ages, land uplift caused Ön to rise up. Thus there are no ancient relics here from prehistory.

In 1571, the village had nine farmers. The villages in Teg and on Ön had shared outlying land on the east side of the river, i.e., the area from today’s Sofiehem/Ålidbacken up to the valley, north of the university. There were pastures and meadows, as well as mills in the streams, such as Sandbäcken by Ålidbacken and Kolbäcken.

Together with farming, there was also fishing, primarily for salmon. Several salmon fishing spots by Ön, from Storån down to Bergsboda, are known from the 1600–1800s.

A mineral spring was discovered on Ön in 1767, leading to more interest from the middle class in the island. Additional city habits and building styles arrived in the latter half of the 19th century, when the town’s residents built summer homes here.

The culture of natural springs in Sweden can be split into the less well-known spring-water drinking and the more formal and more or less scientifically based mineral-water drinking, introduced in Sweden by Urban Hjärne in 1678. Health springs popped up in several places in Sweden. Mineral-water drinking and water spas maintained their reputation for nearly 200 years, until about 1870. By then, medical expertise had improved so much that water cures were no longer a leading form of treatment.

A protective structure over a mineral spring can range from a building with a simple roof to a lavish wellhouse. 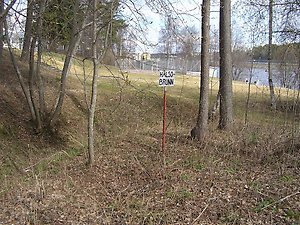 When timber was floated to the coast, the logs were divided by owner at a sorting station. They were given the owner’s mark at the clearcutting sites.

The Umeå Log Driving Association’s oldest sorting station was first located at Gammhultet and then Nyhultet, which were both downstream from Backen Church.

Sorting took place at Nyhult 1891–1914, when it was moved due of insufficient capacity and because the unregulated Ume River made sorting impossible during the high waters of early summer.

The dredging of Storån east of Ön allowed this move of the sorting station. Previously, boat traffic went along Lillån. Timber sorting began at Lillån in 1915. The main reason for the location by Lillån was that dams could be built to regulate the water flow. Sorting ended when log driving stopped around 1980. 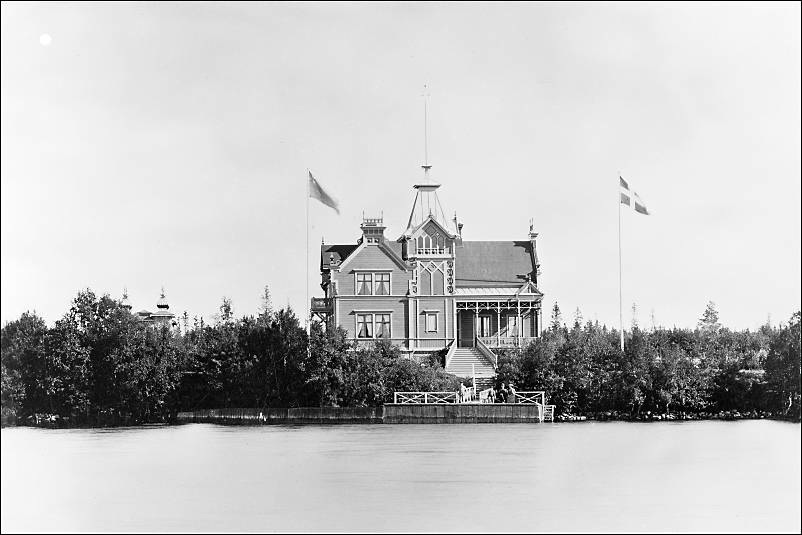 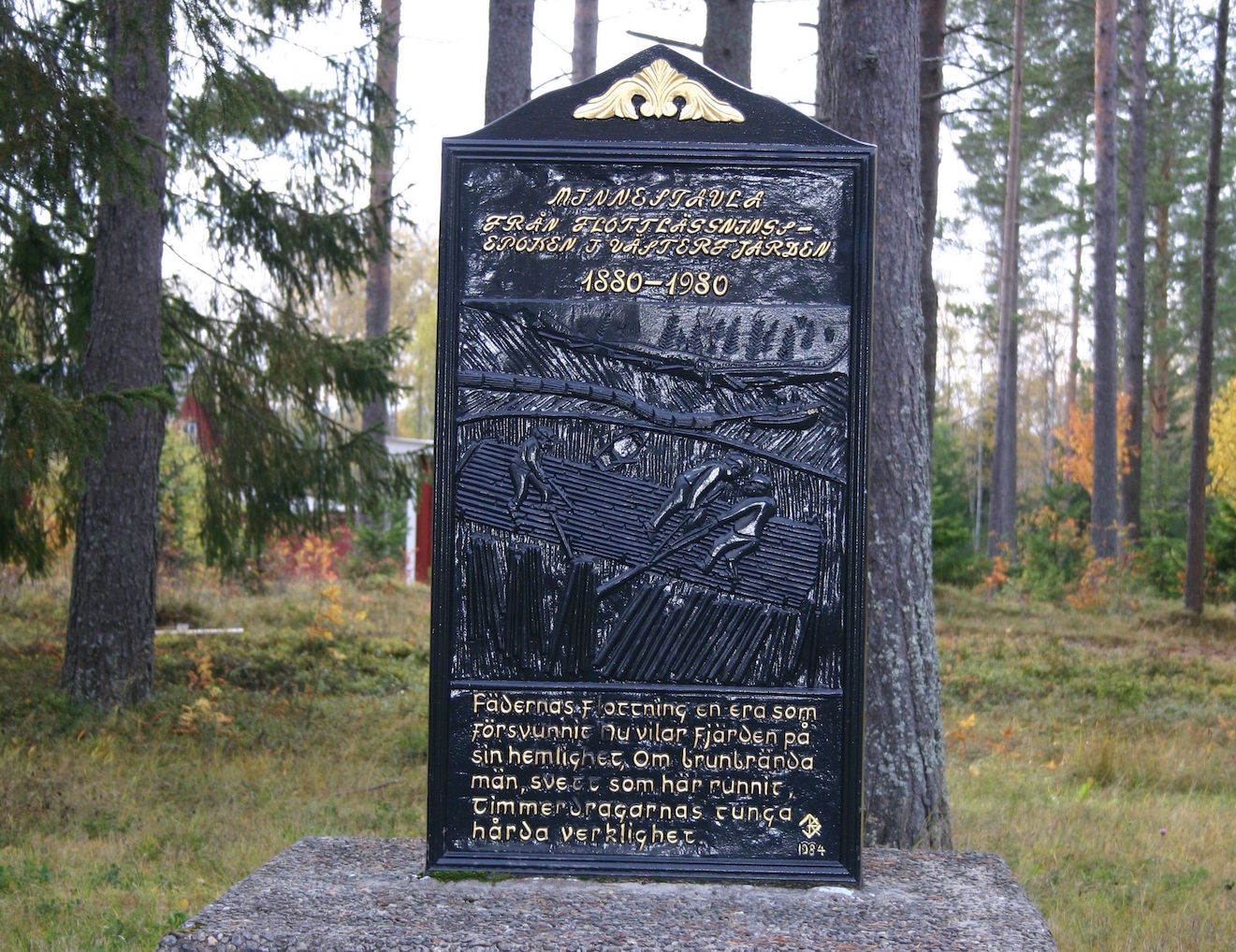 “In the village of Ön, just below the city of Umeå, there is a mineral spring. It was discovered in 1767 by local surgeon Ol. Littorin, but first came into use in 1770, under the supervision of the current Provincil-Medicini, Doctor Joh. Gryselii. In this year 1771, 22 people have visited the spring. They are hopeful of its positive effects, which are said to be long-lasting. Otherwise there are mineral springs elsewhere, such as Röbäck, Baggböle. Piparböle etc.”

Approximately on the middle of the eastern side of Ön “is a rather good mineral spring used by the old Surgeon Littorin and Doctor Grysselius. Its waters come from a recently described valley (now a ditch which cuts off the eastern part of Ön). Precisely what its waters contain, I do not know. In the past it must have been stronger.”

Preserved local characteristics from the 1700–1800s include the buildings in the old farm village. The eastern part of village had about the same building area and orientation as today, just as the more densely populated northwest village area does. However, the village areas have experienced densification.

The Uman flottningsbolag (Uman Log Driving Company) formed in 1883, and was later known as the Umeå flottningsförening (Umeå Log Driving Association). The oldest sorting station was in Gammhultet near the church, and by Nyhult in Böle from 1891–1915.

In 1915, Lillån’s sorting station was established on southwestern Ön.

In 1937, increased log driving resulted in the need for a new sorting station. That year was a record year: 13 million logs were floated down the Ume River and the workforce amounted to 500 men. In 1967, yet another sorting station was put into use.
As of 11 December 1980, the era of log driving on Ume River came to an end.

In addition to the buildings and sorting station, the island also has a now defunct sawmill, a joinery factory, a sewage treatment works and new buildings for the water department Umeva staff.

The 1900s brought to the island single-family homes by the village, parts of the sorting station, and homes for workers.

Shipbuilding took place on Ön from the early 18th century. In the 1770s, many of the area’s ships were reportedly built on Ön. They were probably built on southern Ön, but little is known about the shipyards on the island. In the 17th century, vessels still went along Storån, but by the late 18th century it was so shallow that larger ships had to sail down Lillån.