The Backen area (Kyrkbordet or Prästbordet) is where Umeå Parish originated. A 14th century wooden church stood where Backen’s current church stands. The area by the old harbour was the cradle of the city of Umeå, the birthplace of what would eventually become Norrland’s largest city about 420 years later. 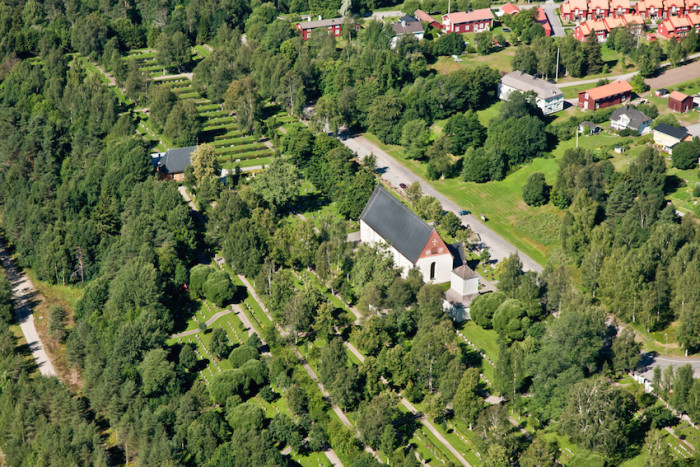 The neighbourhoods of Umedalen and Backen are five kilometres west of downtown Umeå, between the winding Ume River to the south and the expansive forests north of the E12.

Getting here from the town centre is easy, whether travelling by foot, bicycle, car or bus line 1. Follow the Storgatan-Backenvägen road through Västerhiske, Grubbe and Grisbacka. If you continue west, you soon come to the nearest villages, Baggböle and Brännland.

If you prefer being like a local, at least in summer, then walk or bike on the river path. It takes about 15 minutes to bike from the downtown riverfront to Backen Church. Along the way you pass meadows, fields, and horse pastures. At the church, turn up hill and look for the horse in the tower to find the right place.

The churches built during this period were all the same type: single-nave, covered with a gable roof, and with 1.5-metre-thick walls. The walls were built with large evenly spaced stones.

The bell tower east of the church was built in 1751.
There are clear indications that a church was here as early as the 13th or 14th century, including a notation about the congregation in a tax register in 1314 and in notes from a visit in 1324.

Three items from the church are thought to be from the 14th century church.
The church was restored multiple times after fires, most recently in 1986, when a severe fire left nothing but the external walls and the vaulted ceiling. Architect Jerk Alton and artist Per Andersson were hired and the church reopened in 1990.

There was once a church village surrounding the church, with hundreds of cottages that were used as a field hospital in the 1808–1809 war with Russia. A cemetery is nearby. 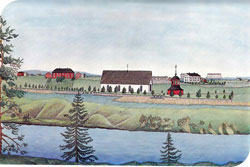 Gustav Vasa appointed Lars Olofsson Björnram, who was from an old noble family in Finland, as captain and then bailiff of Norrland. In 1520, he married Anna, daughter of the merchant Anders Persson Grubb, and in the process received large landholdings in Västerhiske and elsewhere. Lars Olofsson Björnram was a district judge, country bailiff and chief judge (lagman, hence the road Lagmansgatan in Grubbe) in Umeå Parish. His marriage to Anna Grubb produced a son, Anders Laurentii Björnram (1520–1591). Anders became vicar of Umeå Parish in 1561, bishop of Växjö in 1576 and archbishop in 1583. He was elevated to nobility in 1590.

Because of the strict requirements to attend church in the 17th century, church villages were built around the churches for distant parishioners. A few hundred church cottages (kyrkohusstugor) were built near Backen Church in Västerbacken and Österbacken as well as by the harbour (used as a field hospital in the 1808–1809 war with Russia). The church harbour (kyrkohamnen) was south of Backen’s cemetery to the southeast and south of Häradsvägen road by the river. It was here that King John III decided to establish a town in 1588. The king issued interim privileges with six-year charters for anyone who moved to the area. The expectation was that rural merchants, who largely lived in the villages close to the church, would move to the town and bring trade with them. The location was strategic, given its proximity to the parish church, the harbour with its quay, and the ferry. Roads from various directions and merchants from all over converged here. Read more about Backen Church. 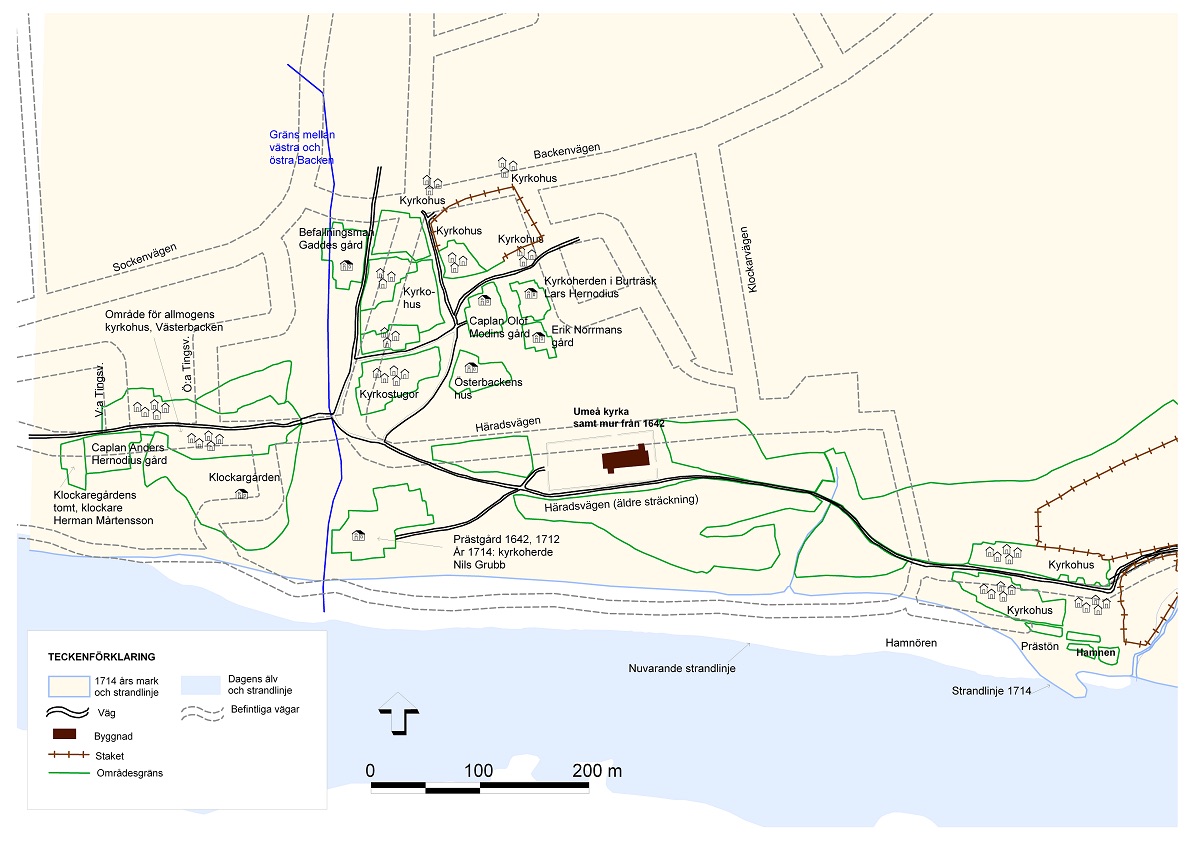 Strandpromenaden is Umeå’s river front park along the northern shore of the Ume River. The park is split into two parts (western and eastern) by the quay in downtown Umeå.

Strandpromenaden begins to the west by Lundåkern Marina and continues downtown along the steep river’s edge. Eastward, it runs through Öbacka Park to Sofiehem.

Kustlandsvägen road became drivable to Umeå in 1668. At that time, the road went from Röbäck to Backen, where travellers took the ferry at Röbäcksholmen to Hamnören (Hamnögern, now known as Kyrkholmen), the harbour by Backen Church. Today, it is used as a picnic and barbecue area.

During the war in 1808–1809, soldiers lived throughout the town and its surroundings in cold and draughty quarters. They stayed in local homes, the parsonage, the courthouse in Backen, church cottages by Backen Church (“Kyrkhamn’s hospital”) and in houses in Grisbacka, Röbäck, and Klabböle. Umeå’s 1,000 residents took in about 4,000 sick and wounded soldiers in the winter of 1808/1809.

It is estimated that almost half of these patients died and were buried in mass graves.

The war cemetery is in Backen, in a pine grove just north of Umebygden Sjukhem care facility. The site has a memorial stone in honour of the fallen.