Västerteg, Österteg and Böle are medieval farming villages on the southern side of the Ume River, across from Umeå’s old city centre. Since Umeå gained its city charter in 1622, these villages have been strongly influenced by their proximity to it. Early on, to manage their food supply, city residents bought farmland and homesteads in the nearby villages. Those who purchased homesteads also lived there. The villagers who lived near the city, such as the residents of Teg, were thus the bourgeoisie and people of rank, giving these areas a distinctive character relative to the coastal villages in general. 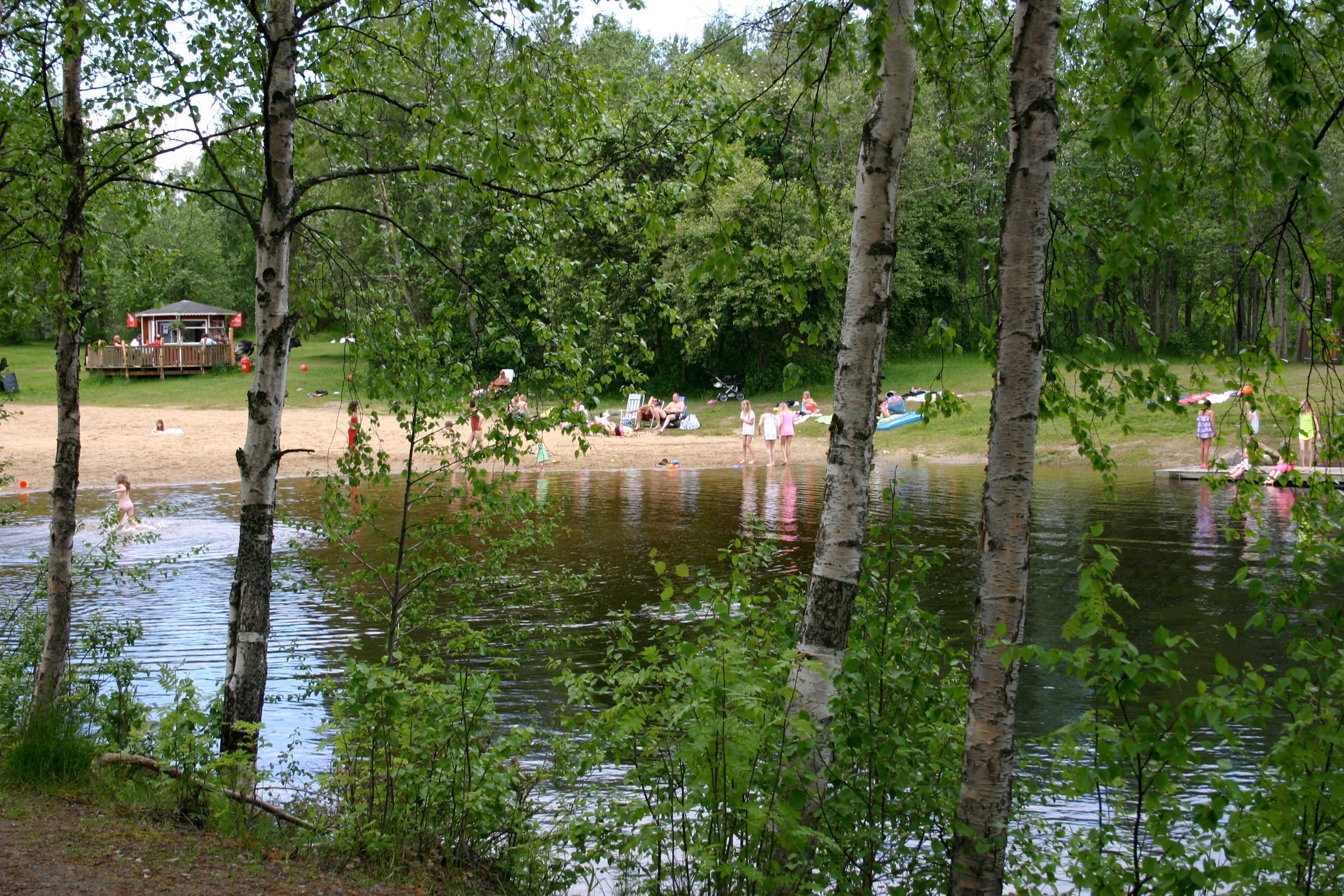 A destination for the whole family! This oasis is within walking and cycling distance from downtown Umeå.

Umeå Municipality is currently building Lundabron, a new bridge over the Ume River. The bridge will cross between Lundåkern, Bölesholmarna and the island of Gröna Oxen. When completed, Lundabron will be the longest suspension bridge in Sweden for pedestrians and cyclists.

The bridge will be a connection that ties together the city’s western areas with Teg for those who walk and cycle. It will make travel and commuting across the river easier and will also improve access to nature and recreational areas for city residents.

Camilla says of Bölesholmarna: “It’s a hidden pleasure for those who don’t want to travel too far. It’s quiet, peaceful, scenic, and one hundred percent car-free.”

On the Ume River’s southern shore, and within sight of the Umeå city centre, lies the green and peaceful area of Bölesholmarna. This scenic and leafy locale is widely appreciated and a suitable destination for shorter excursions. There is also a sandy beach, perfect for families with children. There is also shelter from the wind and several fire spots for barbecuing. Fishing opportunities are likewise plentiful.

Up until 1980, log driving was commonplace in the area and a number of log booms were placed in the river. The area was home to a timber storage site, logging barracks, and a suspension bridge; the foundations of which are still visible on Gröna Oxen. Other remains exist in the form of arches, logs, and concrete constructions.

This church is composed of plain yellow precast concrete and a grey concrete campanile. The church has a broad, three-nave hall and is connected to a congregation building in dark red brick. Teg Church opened in 1969 and was designed by Carl Hampus Bergman. 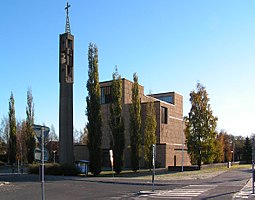 Before Umeå had a bridge, people crossed the river on ice in winter and by ferry the rest of the year. During the second Russian occupation of Umeå in the Finnish War, in 1809 the Russians built a floating bridge made of logs across the river, which was destroyed by a spring flood shortly thereafter.

Building a bridge across a river was long considered too expensive, but county governor Gustaf Munthe developed an interest in the matter when he took over in 1856, and in 1858, he assigned the task of exploring where a bridge would be most suitable, plan proposals and what the project would cost. The investigation pointed to an area just outside the city, upstream in the river, where the river bed could most advantageously bear a bridge. The bridge would cost 65,450 riksdaler. With other associated costs, the total was 86,000 riksdaler.

With the construction of the bridge’, the coastal highway was diverted to the bridge via today’s Bryggargatan road. After it opened in 1863, and for a long time thereafter, travellers had to pay a fee to use the bridge. (Source. Wikipedia) 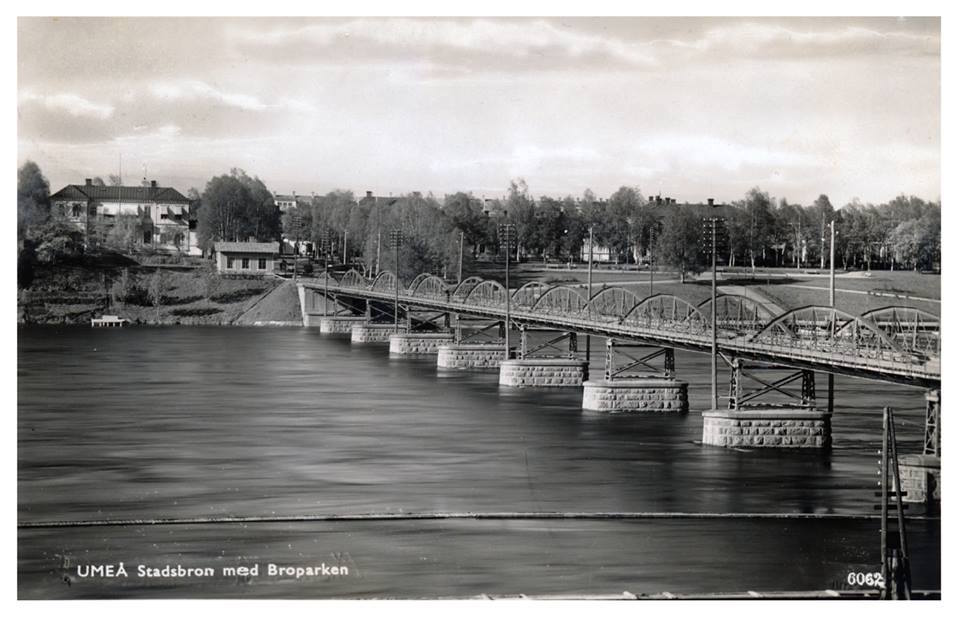 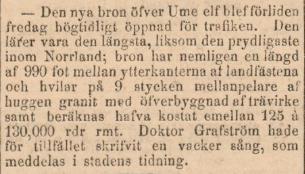 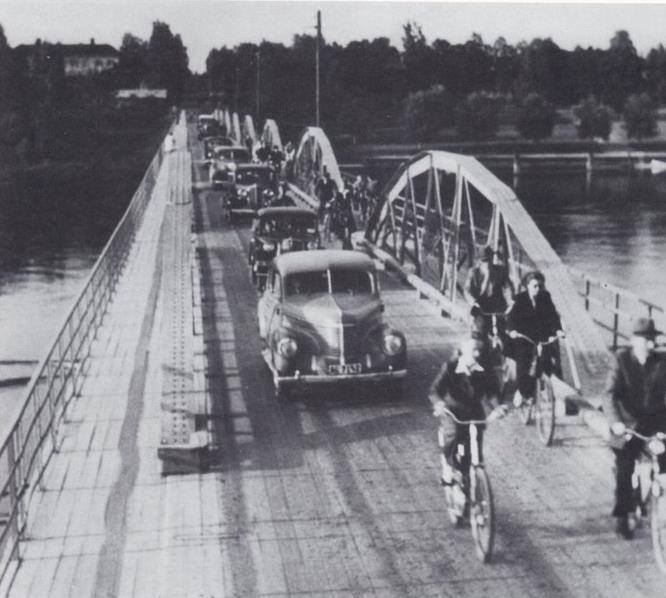 In the late 18th century, shipping and trade in the Gulf of Bothnia expanded as a result of the repeal of the Bothnian trade restrictions in 1765. Before 1765, the permitted size of ships was limited.

Ships were built in Västerbotten cities and coastal communities, such as Teg. Umeå alone had around 50 sailing ships when the city’s fleet was at its largest. Most of these ships sailed the oceans for years between visits to their home harbours.

Bothnian shipping was associated with the iron industry and tar exports, while later, wood dominated. 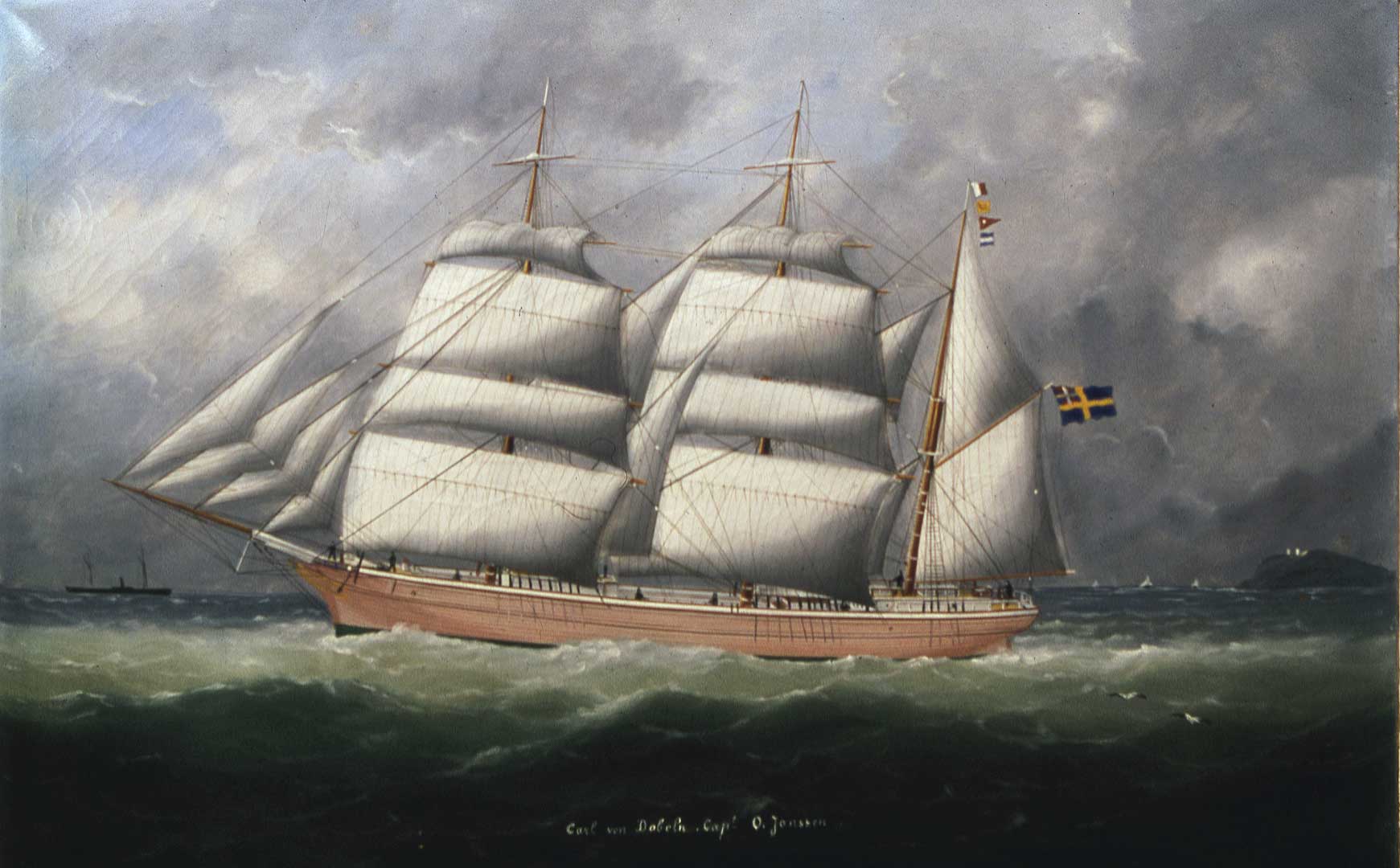