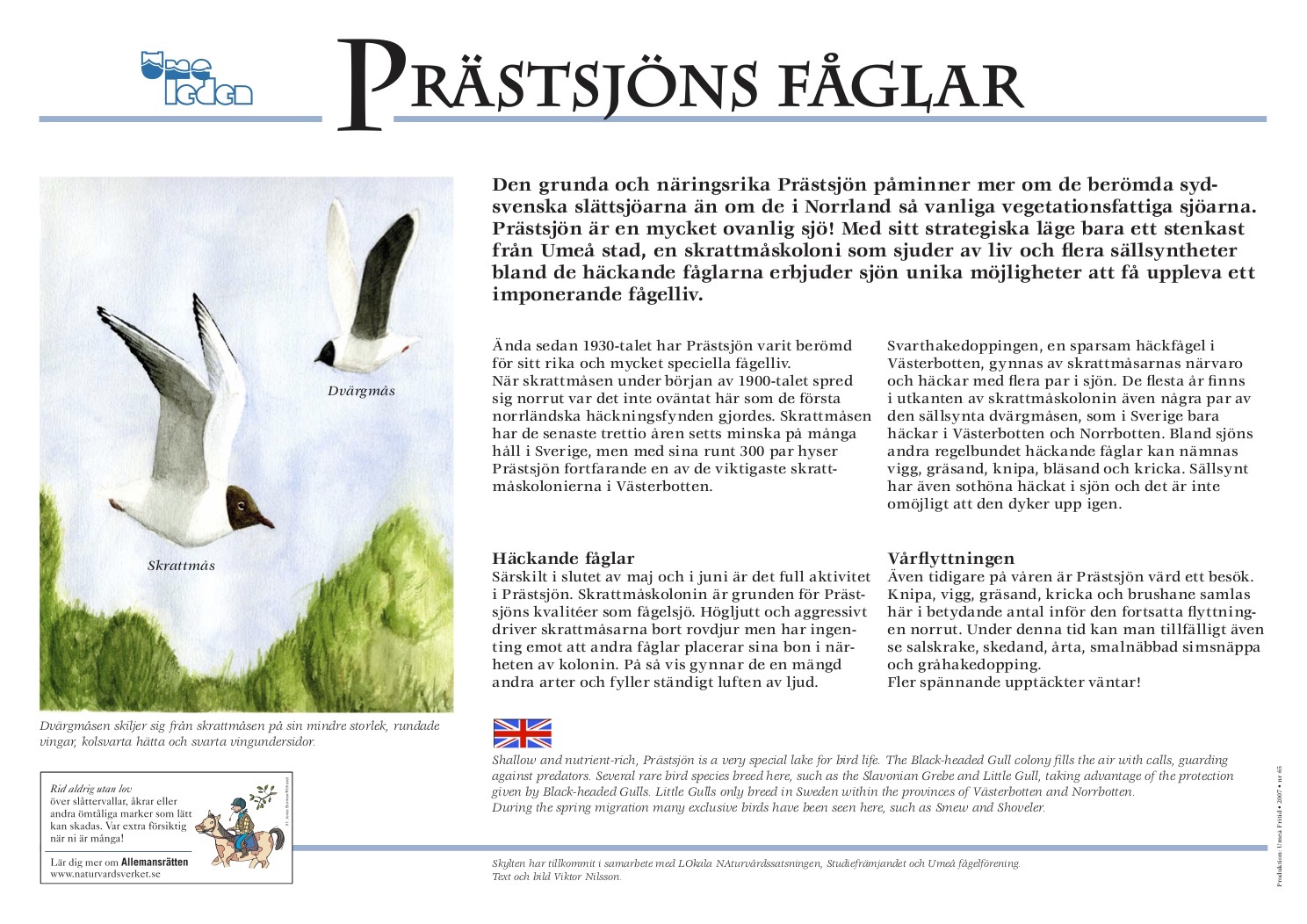 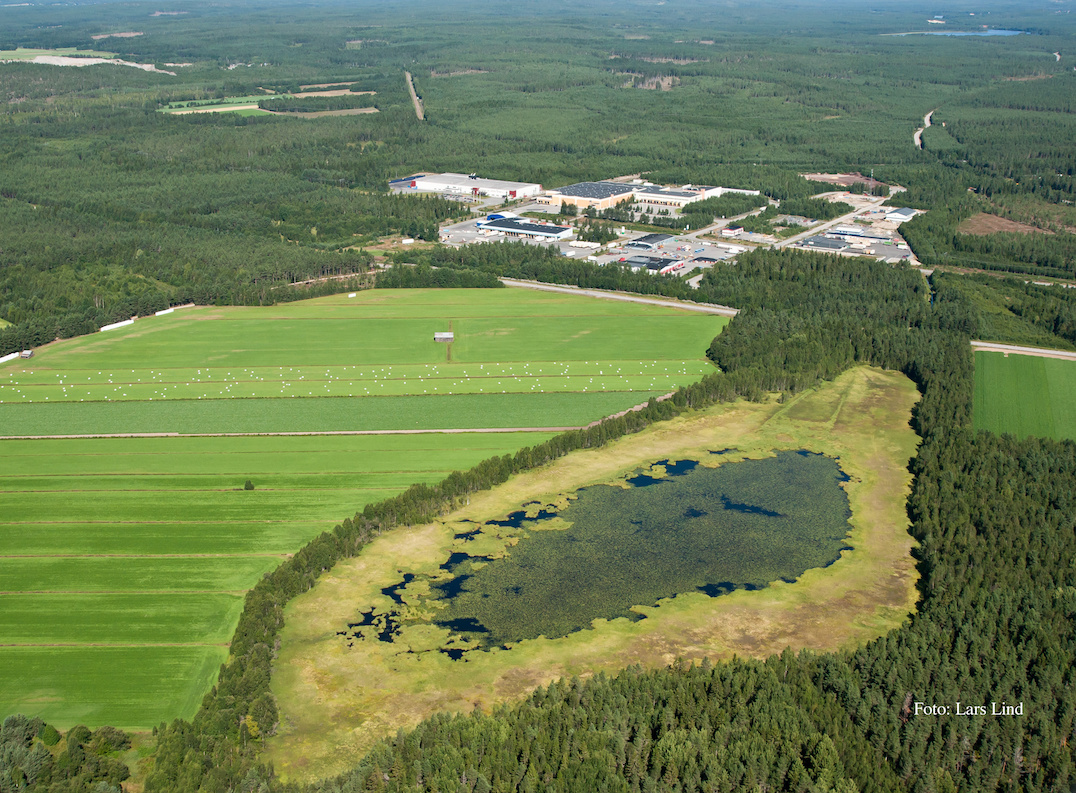 The shallow and nutrient-rich lake Prästsjön is more reminiscent of the famous southern Swedish flatland lakes than the vegetation-poor lakes so common to northern Sweden. Prästsjön is an extremely unusual lake! With its strategic location just a stone’s throw from the city of Umeå, a black-headed gull colony teeming with life and several rare nesting birds, the lake offers unique opportunities for birding.

Prästsjön has been famous for its rich birding since the 1930s. In the early 20th century when the black-headed gulls began to move north, it was no surprise that their first nests in northern Sweden appeared here. For the last 30 years, black-headed gull populations have been declining in many parts of Sweden, but with around 300 pairs, Prästsjön is still home to one of the most important colonies in Västerbotten. Prästsjön is full of activity, especially in late May and June. The colony has made Prästsjön the fanstastic birding lake that it is.
The gulls scare away predators with their aggressive squawking, but they have nothing against other birds building nests nearby. In this way, their constant noise making protects many other species.

This includes the horned grebe, a rare nesting bird in Västerbotten. Several pairs nest on the lake. Most years, the perimeter of the black-headed gull colony also has a few pairs of the rare little gull, which only nests in Sweden in Västerbotten and Norrbotten. The lake’s other regular nesting birds include the tufted duck, mallard, goldeneye, widgeon and the teal. On rare occasions, coots have also nested on the lake, and they may return again. Spring migration Prästsjön is also worth a visit earlier in the year. Goldeneye, tufted duck, mallard, teal and ruff gather here before they continue their migration north. During this time, birders may occasionally catch sight of smew, shoveler, garganey, red-necked phalarope and red-necked grebe. Many exciting discoveries await!

The little gull differs from black-headed gulls with their smaller size, curved wings, charcoal black cap and the black undersides of their wings.

In 1930, parts of Kyrkobordet and Kyrkplatsen were divided into lots in connection with plans for the Umedalen hospital.
In 1929, the Swedish Parliament had approved the construction of the hospital after a long, drawn out struggle among several coastal municipalities over who would get the hospital. Umeå won out and the hospital was built on previously undeveloped land north of the previous Österbacken and the extension to Backenvägen road, built in 1920.

Umedalen hospital was inaugurated in 1934.

At its peak, it had approximately 1,000 patients and approximately 800 were brought in from other hospitals in northern Sweden. The area was largely self-supporting with a gardener, shoemaker and basket maker.

The hospital consisted of 22 buildings in a pavilion system with underground passages, and the buildings were in classical, baroque and national romantic styles.

In the 1980s there was a general debate about how psychiatric care was provided; the hospital was shut down in 1986 and the psychiatric unit was moved to Umeå University Hospital in 1996.

The area is also home to the Umedalen Sculpture Park andIKSU spa.

If you are in the mood for coffee or lunch, the renownedBistro Le Garage is located nearby.

The Umedalen residental neighbourhood was built around the hospital campus.