The original buildings of the village are in the area called Sommarbacken and are in rows at the top of a valley slope. Sommarbacken was the end of the inland road for several hundred years. From here, people had to continue by boat, on foot or on horseback. But the residents of Vännäs demanded better roads across their lands and in 1837 the road was opened as a parish road.

The name Brattby is connected to the word bratt, which means steep, and refers to the steep hillside from the river up to the hill Brännberget.

There were seven farmed properties in Brattby in 1805. At the time of the land reform of 1857 there were around 50 farmed tracts, with houses on eight of them. In 2007, 51 properties were registered in Brattby.

The area is characterised by traditional farming buildings mixed with homes from the 1930s and 1950s. Read more about Brattby’s history. 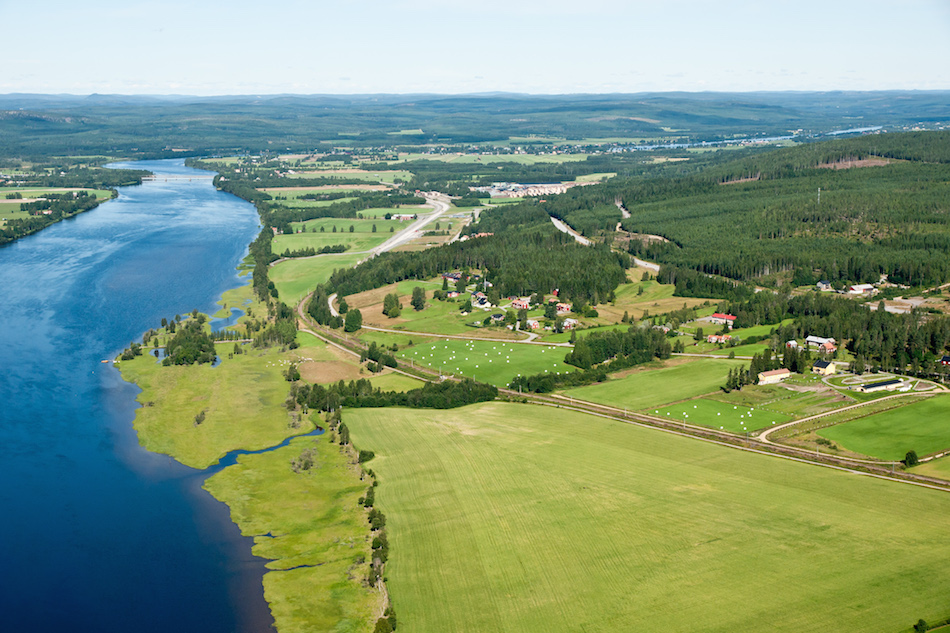 Summer Slope (Sommarbacken) was the end of the road for several hundred years. The road inland stopped here. Waggons had to be left and stored on Sommarbacken while the journey continued by boat, foot or horseback. Several trails could be taken from Sommarbacken, over cleared wetlands along the river or through the forest, to reach Vännäs or further. One trail, the Vännfors Church Trail, was used by residents of Vännfors to visit the church in Umeå until 1834, when Vännfors was transferred to Vännäs Parish. There was also a trail to Sandån, where there was a wharf, a ferry, and a tar barrel harbour.

Vännäs residents still wanted a road for waggons across Brattbyrödningarna and a miserable road to Vännäs was built, based on what one Prof. W. von Schubert wrote when travelling it in 1817: “For a short period, a road has connected Brattby and Vännäs, but it is quite nasty.” In 1837, the road was in slightly better condition and it was reclassified as a parish road.

Häradsvägen road followed the same route until the early 20th century. The steep hill Brattbybacken was known to be a troublesome passage.

Many incidents occurred on the hill. A particularly noteworthy one was the time a truck loaded with cheese tipped, and all the cheese rolled down the hill and into a ditch by the railroad. The young boys from the village helped the driver roll the cheese back up the hill. This took place the year before the new road opened in 1932 (1933?). 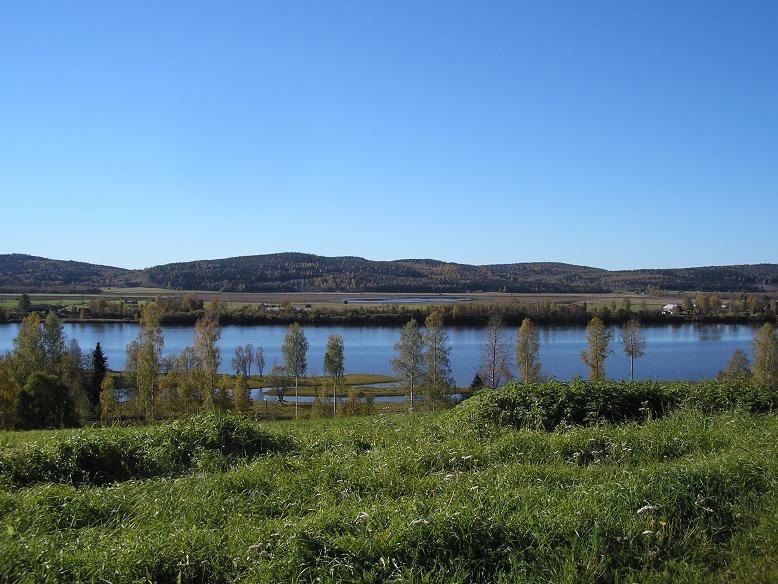 Gubböle is characterised by undulating hilly terrain and is 100–120 metres above sea level. This rich and varied landscape has low and high hills, valleys and flatlands. The farmland is south of the village road and the community comprises two areas along the old Vännäs road/parish road/village road.

The oldest village area, between Ilbäcken and Gubbölebäcken/Kvarnbäcken, is still agricultural in character, while the newer area became increasingly dense in the 20th century. The word “böle” in Gubböle means residence/settlement. Gubb probably originated from a name, Gudbjörn.

In the 19th century, there were as many as 13 watermills in Kvarnbäcken/Gubbölebäcken. In Pehr Stenberg’s Umebeskrivning (Ume Description), you can read about Gubbölebäcken and the mills. In the 19th century, Dickson & Co had a coarse-blade sawmill in the stream by the river. Today visitors can walk on a path around Kvarnbäck and the surroundings.

In the early 19th century, the village had four farms; by the 1850s, there were seven. There are now 32 properties in Gubböle.

In its inventory from 1982, Västerbotten Museum outlined two areas and certain buildings in Gubböle that are particularly worthy of protection for historic reasons.

Area 1 is bordered to the east by the stream Gubbölebäcken, to the west by the stream Ilbäcken and to the south by the Ume River. It stretches north across the railroad and a little bit north of the E12. The oldest part of the village is in this area. The preservation proposal includes the property Gubböle 1:19, which has a lovely four-building farm layout.

Area 2 encompasses one section around the old village road and one section east of the old village. It is bordered to the south by the railway. New buildings were added throughout the 20th century, creating a varied architectural picture. 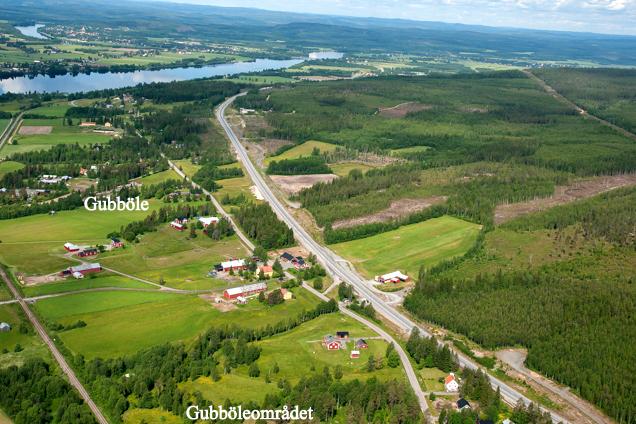 A tar barrel harbour is used to float tar barrels as a way of transporting them. Transporting loaded tar barrels was a way to make additional money in Brattby, Gubböle and Svallet.

Tar was an important commodity for many centuries. In the 19th century, tar burning expanded in inland Norrland. Before the arrival of the railway, long-range transports of tar occurred via waterways. Tar was distilled in tar kilns. The tar barrels were filled, placed in frames, and wrapped together with branches to form a raft. Then the barrels were floated down the river. Some were taken ashore in Brattbybacken; others went down to Gubbölebäcken or Svallet, where there were other tar barrel harbours. Skilled river workers were required to float the rafts through the rapids at Bergsforsen, a dangerous and not always successful trip.

When the barrels were brought ashore, they were unloaded onto horse-pulled and sometimes ox-pulled “tar waggons”. These were long waggons with a pair of wheels in the middle. The frames had spots for five barrels that kept them secured during transports.

Then they were driven down to Tjärhovet in Teg, which was the collection site for all tar barrels. Strong men and women alike helped the transport process. The main road was a lively place, with drivers from nearby villages joining in the work. The pay was 90 öre per barrel, sometimes 1 krona. But in that case, the barrels had to be driven from the river to the road, which meant only taking one or two barrels on each trip up the steep hill. Small depots were set up along the road, in Brattby up to Högmorsbacken (now Sven-Erik Johanssons). From these depots, full loads were collected, which meant about three or four barrels. But some people took up to five barrels, including it is said, Anders Nilsson from Sörfors and his horse Storsvarten.

Tar was generally transported in early summer but also during haymaking season. That meant drivers had to begin at night so that they could make it home in time to bring in the hay. Racing and horse trading were quite common on these trips.