Sofiehem — Ålidbacken was one of the most important areas of expansion during the interwar period; it was incorporated with the city of Umeå in the 1920s.

Industry expanded in the area from around 1890 and the establishment of the hospital in 1903 made this area significance for the development of Umeå.

After the city fire in 1888, industry grew rapidly to satisfy demand for construction materials, something the Öbacka-Sofiehem-Ålidbacken area could provide. In the early 20th century, several smaller industries were established, including a brickworks, a turpentine and tar factory, and a sawmill.

All of the regional sawmills built housing for their workers. The Sofiehem sawmill’s worker housing was north of the Gimo area, by the pond. The Gimo sawmill began building its housing further south in 1918.

After Sofiehem’s pulp mill was built in 1926, the old worker housing by the pond was demolished. On the site where Sofiehem sawmill’s worker housing once stood, 67 plots for detached homes were created above the pulp mill. These were mainly used by pulp mill employees.
The area also had club premises, a Konsum grocery store and a café with a bakery. 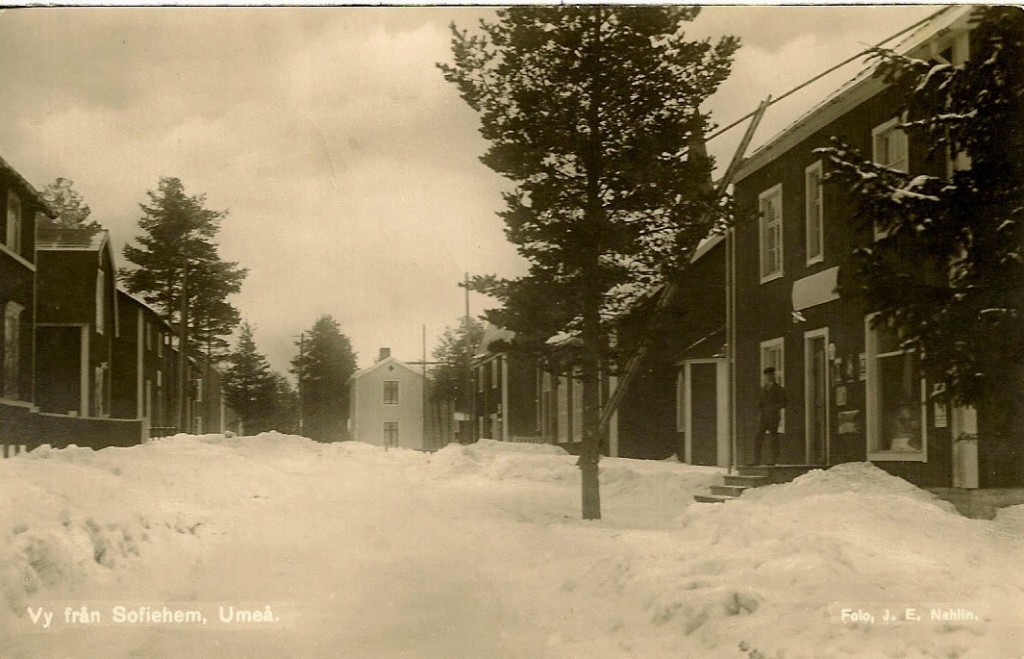 The 1950s were the beginning of a new era in the history of the Sofiehem-Gimonäs neighbourhoods. The area was planned mainly for single-family homes with some multi-family homes. Despite changes that have been made into the current period, the area still features its original character, with hilly streets lined with attractive rows of houses.

The factory by the river, across from the Viva Resurs recycling centre, was built in 1917. At that time, it contained one of northern Europe’s largest steam engines. It powered the frame saws that took care of the timber driven on the Ume River at that time.

The steam sawmill gave the area its name: Gimonäs, after the ironworks in Gimo north of Uppsala.

After 1935, Umeå Nya Skidfabrik took over and manufactured UMEX skis for several decades. They were also royal suppliers of skis.

The factory is now an event space that has retained its old, authentic feel and atmosphere. Everything from birthday and company parties to weddings and more are held here. 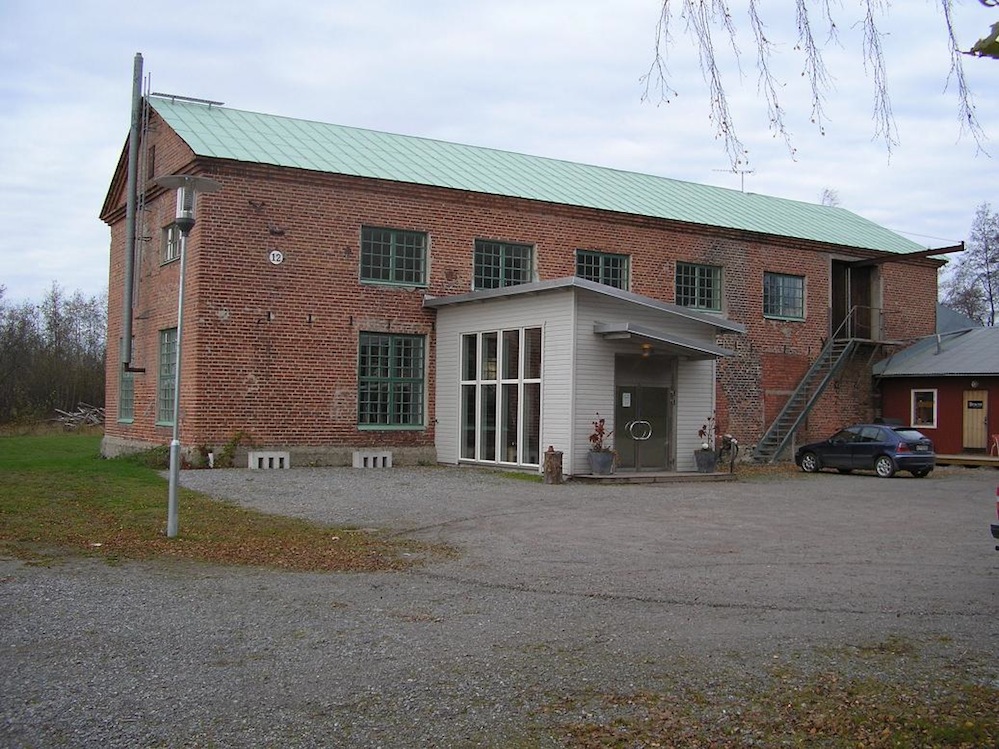 In 1895, the Swedish Parliament decided that a rail connection would be built from Vännäs to Umeå, from where it would reach Storsandskär. By late 1896, the railway had reached the river shore across from Storsandskär. Construction of the bridge to Storsandskär began to with an iron superstructure resting on posts. The bridge spanned 40 metres with a 7.5 metre range. It was finished in 1898 and that year, a 1,120-metre railway embankment was completed on Storsandskär. The year before, a 150-metre long loading ramp was completed on the island. This concluded the state’s responsibilities. Read more

Here you can see the fundament of a 300 m long railway bridge to the island of Storsandskär. The brigde was built in 1898 beacuse a new port to the city of Umeå was planned on the island. At that time this was one of the longest railway bridges in Sweden. However, the port never came to be, and the bridge was torn down around 1910. No regular train ever passed this bridge! 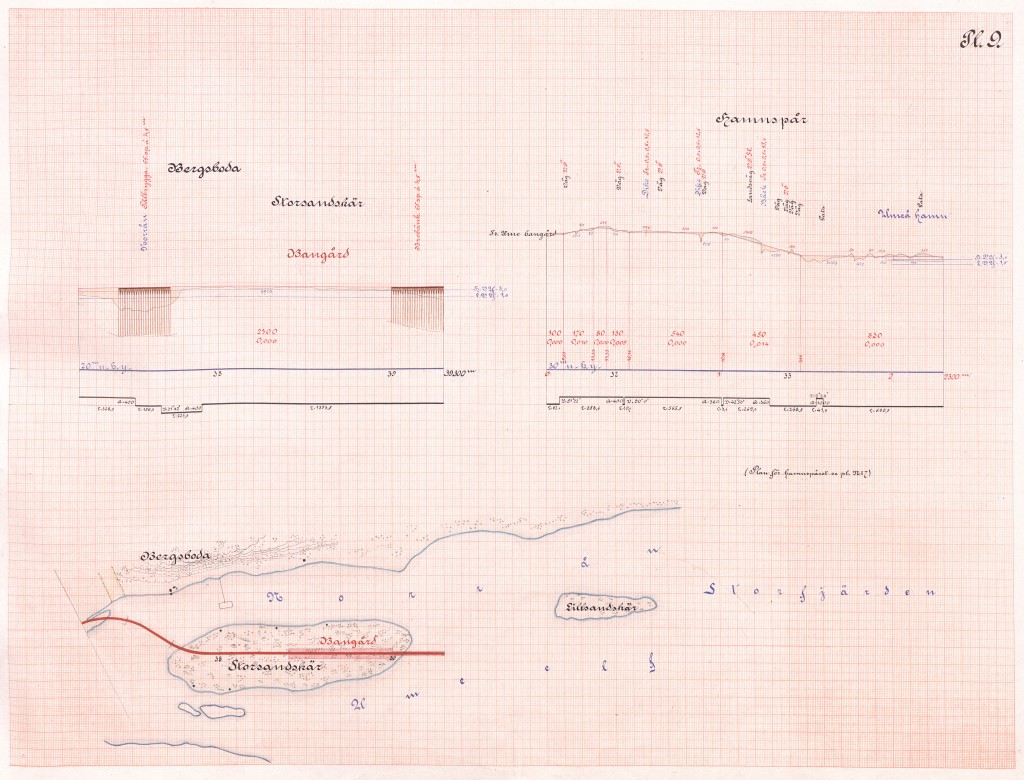