The three farmers by the name of Griis were likely brothers or cousins. They were well off and left their mark on the village of Backe. Colloquially the village was referred to as “Griis i Backe”, which led to its name. The name became official in the 1555 land register: Griisebacke. In the mid-1700s, the name was changed to today’s Grisbacka. 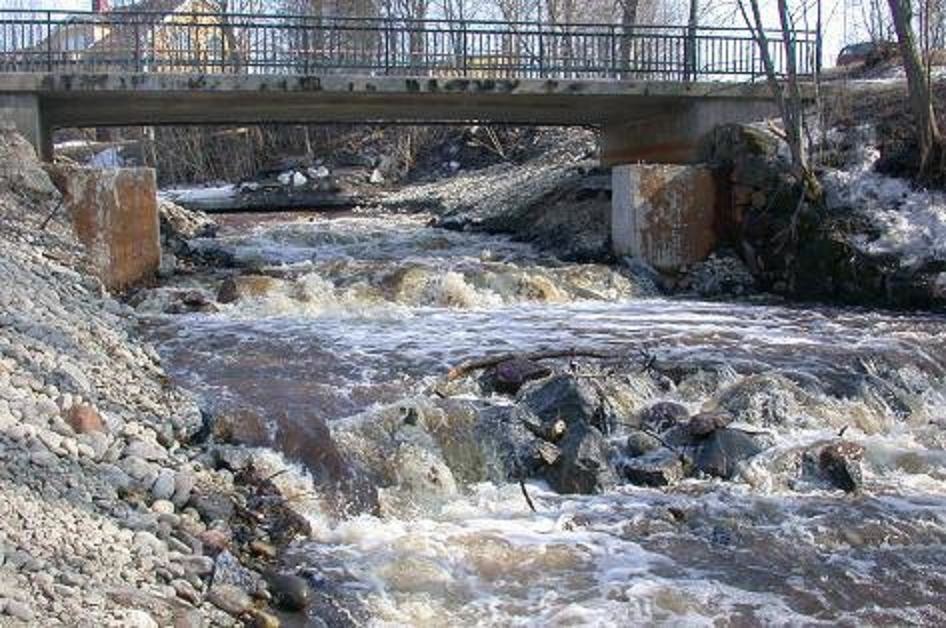 Grisbacka Church is a cooperative church between EFS and the Church of Sweden. It serves as a district church within Umeå country parish. Grisbacka EFS operates the church. 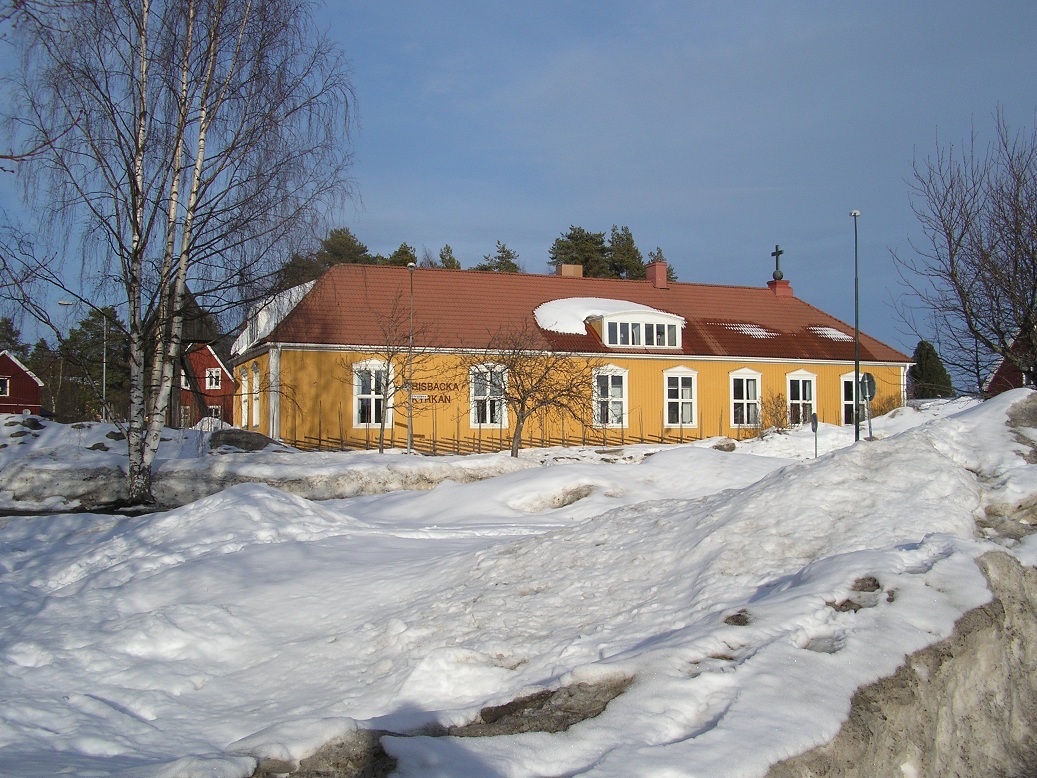 A watermill was built in 1795 by the river Tvärån, becoming the first fee flour mill, i.e. a taxed mill in the parish; individuals other than the owners could pay fixed fees to use it to grind grain. A new mill was built in 1833 on the same site as the old one.

Towards the end of its lifespan, operating the mill became difficult due to reduced water flow in Tvärån. Umeå’s population increased, and with it, the need for water.

The city and mill were supplied with water from the lake Piparbölesjön. In 1962, the mill was sold to Umeå Municipality, which tore it down later that year. A concrete foot and bicycle bridge with a dam across the river Tvärån was built in its place, called Kvarnbron, the mill bridge. 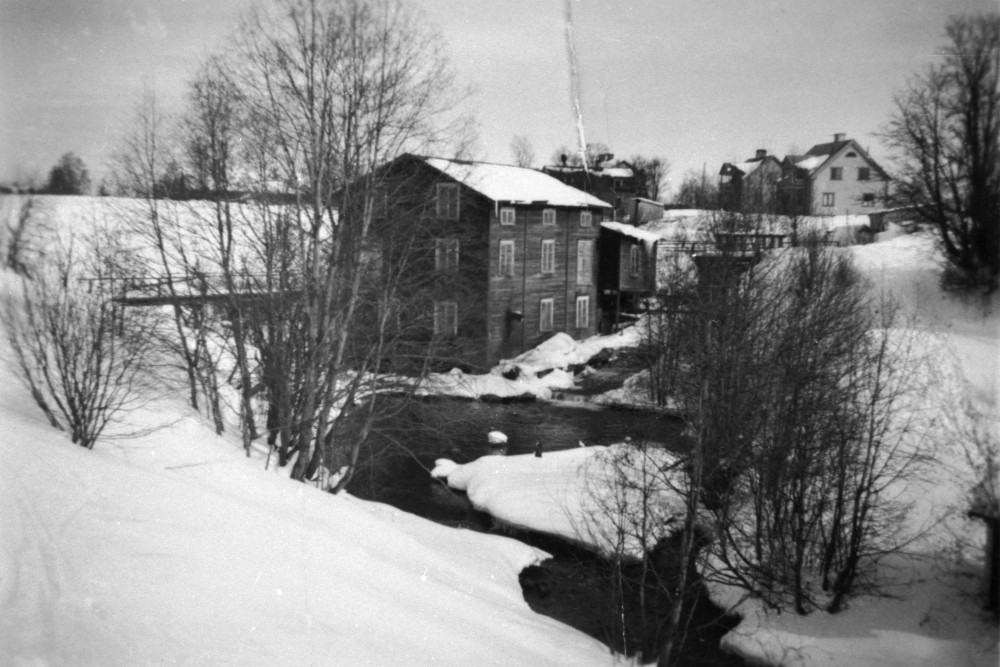 The area around Hartvigsgård has long been the heart of Grisbacka village.

In the mid-1700s, Sheriff Nordendahl owned several farm buildings. When, in accordance with the Royal Majesty’s resolution of 1766, Umeå parish was ordered to procure farms and provide them with good, satisfactory furnishings for the officers of the Västerbotten regiment, county treasurer Martin Sandström purchased Nordendahl’s farms as housing for the staff captain of the lieutenant colonel’s company.

Captain Johan Hartvig von Schmilau was the first resident. He had the farm until 1772.

As of 1841, Hartvig’s farm was no longer used as captain’s housing and became the home of regimental scribe H.J. Leander until his death in 1850. The Crown then leased the farm to various people.

With the land reform of 1908, the Crown required that the buildings be moved to the property on Grisbacka meadow. The Hartvigsgården plot was designated as community land for a school building.

In 1910, the villagers sold Hartvigsgård to the Umeå country parish school board and three years later, the first ever new municipal school opened for students at Grisbacka. The school was in use until 1959. The old schoolhouse is used today as the “Hartan” recreation centre. 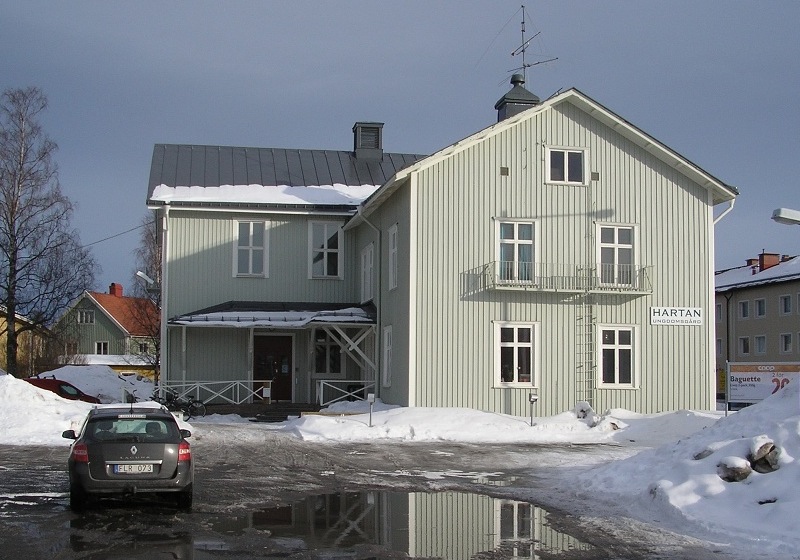 After Gustav Vasa was chosen as king in 1523, he permitted the establishment of large-scale stockfarms that would provide the Crown with necessities and constitute a centre for local government. This resulted in Umeå’s very own Kungsgård (the King’s farm) in 1556.

The bailiff of Västerbotten at the time was Lars Olsson Björnram, who granted the use of about 20 hectares of his own land (as compensation, he received a King’s farm in Hälsingland), which created Kungsgården together with parts of Prästbordet. Kungsgården, which was located in Grisbacka village with buildings, must have included one large main building and several smaller structures, considering the centre, the scope of the operation, the workforce and the large stock of animals.

Despite all efforts, the bailiff was unable to successfully make ends meet. In 1566, he informed the king of the situation and suggested that farmers could be taxed for using the land and that fishing could be used to meet the needs of the King and the Crown.

The suggestion was approved; farming was gradually wound down, and the bailiffs remained on the farm until 1628, when Gustaf II Adolf transferred the land of Kungsgården to overseer Joen Jonsson.