Over four thousand years ago, Norrfors was a gathering place for hunters and gatherers. Here at the mouth of the river, people gathered to fish for salmon and meet. The rock carvings out in the channel are a relic from this time. There are around one hundred figures in total, mostly moose, carved into the rocks. Many of the moose also have inner details drawn on, such as the heart and ribs. The rock carvings in Norrfors were discovered in 1984 and the location is one of nine rock carving sites in northern Sweden (Norrland), all situated by water.

Rock carvings are pictures that have been carved or knocked into the face of the rock, unlike rock paintings, which are painted images. The rock pictures in Norrland are believed to be between 3,000 and 7,000 years old. No one is certain, but perhaps the pictures were a way to report an event that had occurred, or something people wanted to take place. The images could have also been a way to show faith and religion, a way to speak with the gods. 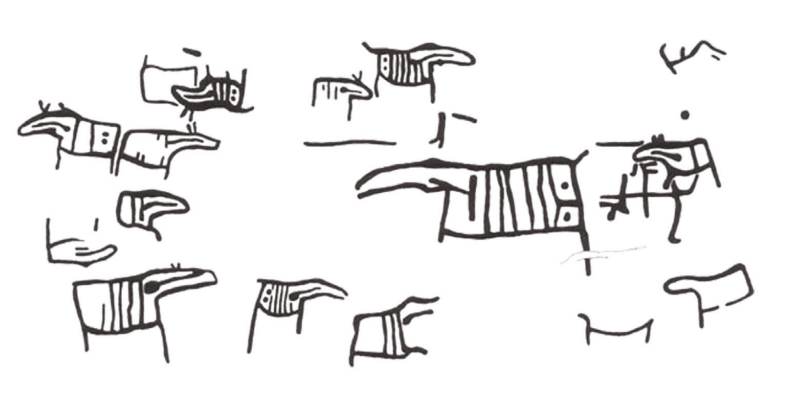