Baggböle is a village dating back to the Middle Ages. In 1543 six farmers lived in the village, and around 1750 there were four original homesteads there.

Among the farmers living there in 1571, Könik (König) Olofsson, a juror and tax collector born about 1520. He was one of the richest farmers in the parish, and he and his wife, Anna Olofsdotter, were parents of the future Archbishop Petrus Köniksson Kenicius (1555–1663).

Swedish historian Nils Ahnlund (Fahlgren 1970, p 81) has guessed that Könik Olofsson might be related to Könik Skarlakan in Kåddis and that they descended from a Hanseatic merchant family that came to Umeå parish and became tax collectors/country merchants.

Because the Ume River was not navigable further upstream than the Baggböle rapids, it appears likely that Skarlakan had a harbour of his own below the rapids. Könik Olofsson engaged in trade at ports in southern Sweden and in German coastal cities. The little lake just south of the east village of Baggböle, down by the river near the beginning of Könik Olofssons Väg, probably is a remnant of the small harbour that existed there. 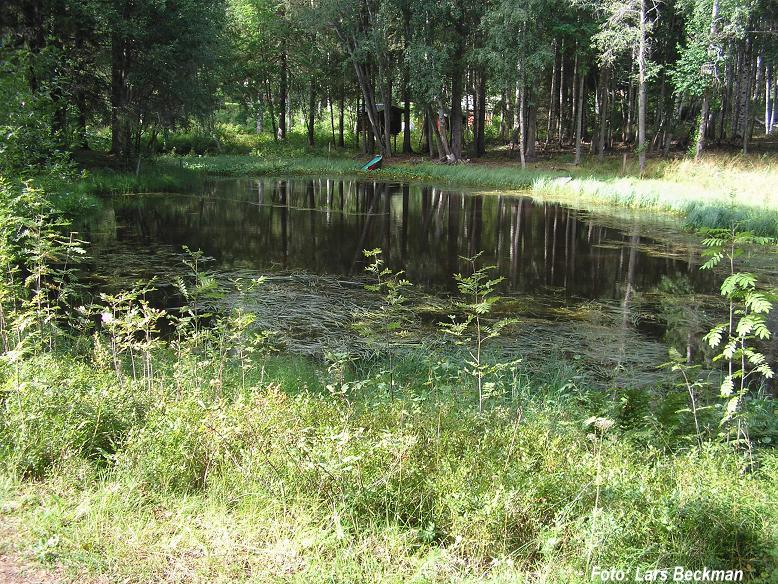 Geological measurements have shown that this area was a bay to the sea into the 17th century. No traces of the harbour remain except for the landlocked small lake. The lake was called Hampsänket on a 1781 map and Linsänket on one from 1822, and just downstream lies a semicircular body of water called Rödsandsdiket. This makes it likely that the low-lying area here might well have been completely covered with water and served as a harbour in the 17th century. Samples of the lake bottom taken in 1995 found thick layers of flax straw, suggesting that the lake had previously been used as a hollow where flax and hemp could be soaked prior to further processing. Documentation for this can be found in Pehr Stenberg’s Umebeskriving (“Description of Ume”), written in 1800, and also on a 1781 map, where the name of the lake was Hampsänket (“Hemp Hollow”). Könik’s son, Petrus Kenicius, studied in Gävle and Uppsala, where he completed his examination for the priesthood in 1578. That same year he applied for a position as assistant vicar in Backen Church, but the farmers did not approve him “because of his weak voice as a preacher”.

In 1582 he continued his studies at the universities in Rostock and Wittenberg, leading to a master’s degree in 1586. He then became a professor in Uppsala, a bishop in Uppsala in 1593, a bishop in Skara in 1595 and a bishop in Strängnäs in 1608. On 2 July 1609 Petrus Kenicius was appointed archbishop by King Charles IX of Sweden, a position he held until his death in 1636. 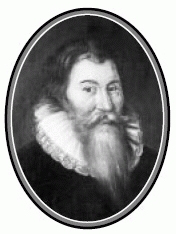 As archbishop he also served as speaker of the Swedish Parliament for the clergy. So a son of Baggböle denied the post as chaplain in Backen Church ended up as archbishop. Kenicius crowned King Gustav II Adolf in 1617.
Petrus Kenicius has a road named after him in Baggböle, Petrus Kenicius Väg. It is located northeast of Baggböle Manor. His father, Könik Olofsson, also has a road named after him: Könik Olofssons Väg, which extends from Baggböle up to the western village.
A 1693 map shows Baggböle’s four farms and salmon fishing in the river. To the east were three farms on either side of the road and to the west lay a single farm. This grouping is still recognisable today. These two parts of the village grew during the 18th and 19th centuries. The eastern part became the current village centre and the western part includes Baggböle Sawmill and Baggböle Manor with its surrounding buildings.

At the Baggböle rapids there were two mills, and the first Baggböle sawmill existed side by side with village flour mills at the old mill site. Eventually the flour mills disappeared as the sawmill expanded.

In connection with the redrawing of farm boundaries in 1875–76, buildings in the eastern part of the village were concentrated around the crossroad between the main road, the village road and the road leading to Kulla. Four farms remained in the western part of the village, including the sawmill homestead. The settlement surrounding the manor expanded towards the main road. The crossroad’s location and the site of the sawmill have influenced how the settlement evolved.