The first permanent settlers lived in Lövö village on the island of Lövön in the late eighteenth century. For centuries, Lövön has had homesteads in the villages of Röbäck, Västerteg and Österteg.

From the beginning, the river served as the natural highway for transport to and from the city of Umeå. Regular goods and passenger traffic between the city and the archipelago’s docks and harbours had begun by 1862, via the 10 hp propeller steamship known as the Phoenix. The Duncker, Augusta, Döbeln and Svanen steamships soon joined the Phoenix.They provided shuttle traffic well into the twentieth century and in 1935, Duncker made her final journey. When traffic was at its peak, the boats travelled the Holmsund-Umeå route eight times per day.

On beautiful summer days, people also took pleasure trips to Bredskär or Obbola village. The trips went from Djupvik quay and the docks at Obbola, Degernäs, Sand, Ängsbacka and the hospital along the way to the inner harbour in Umeå.

The trips were return trips.The ships were painted white and had salons under the main deck and a roof-covered upper deck.There were navigational problems in the river early on due to sludge in the riverbed, which prevented ships deeper than about 2.7 metres from reaching Umeå.No dredging was every carried out. In 1919, the city of Umeå purchased Vedkastudden south of Holmsund Church; nine years later, Stormskär was added, and in that area the outer harbour grew, ultimately becoming Umeå’s main harbour in 1957.

The first industrial site in Holmsund was the loading dock where products from Baggböle Sawmill were washed, stacked and packed into anchored sailing ships for transport abroad. The loading dock was built on Småholmarna with a deep and protected place to anchor.
When James Dickson & Co purchased the Baggböle Sawmill in 1840, large-scale production of sawn logs began. An impressive 150,000 sawn logs were produced annually. The sawn timber was collected in a flume and floated down to Klockarböle for timber rafting. The rafts were then sent on to Småholmssundet and unloaded. Sand, sludge and more stuck to the wood, so it had to be washed before stacking. Washing ladies were specially hired to carry out the process.

The Sandvik steam sawmill was the first sawmill in the archipelago, and the oldest sawmill building went up in 1857. The timber was floated down the river Sävarån, bundled in Skeppsvik and towed to Sandvik. Lövöviken was the storage site for the floated timber and the wharf was Djupvik.

The Sandvik steam sawmill was taken over by Kempekoncernen (Mo & Domsjö AB), which substantially increased its capacity. But due to competition from throughout the country, Mo & Domsjö shut down the sawmill in Sandvik in 1938. The saw was later subcontracted by Assi, which hired the mill for five years. From 1944, Holmsunds AB took care of the sawmill. Assi and Domänverket continued to subcontract the sawmill and a ten-year contract was signed in 1946. The Sandvik sawmill was in operation until 1962.

Dickson & Co continued floating sawn timber from Baggböle to the wharf in Holmsund. But gradually, it became clear that despite being washed, the timber was being damaged in transport and it was difficult to beat the competition. The company decided to move operations to Holmsund to avoid log driving. A saw with a planing mill was built and completed in 1885. But the sawmill in Baggböle was not shut down, because it turned out that the “Lappmark privileges” for felling on public land could not be applied to the new mill in Holmsund. Operations in Baggböle therefore until the late 1880s. The plank yard (brädgården) in Holmsund was across from Holmen on the mainland.

In 1896, Dickson & Co sold all facilities in Västerbotten to Gustav Peter Braathen, who placed these assets in the newly formed Holmsunds AB. Holmsunds AB was later one of the many forestry companies that became insolvent in the 1920s, and ultimately merged with SCA, which formed in 1929.

The Holmsund sawmill is currently one of SCA Timber’s nine sawmills and has over 40 employees in Holmsund. It has a capacity of100,000 sawn cubic metres.

Manufacturing of laminate parquet flooring began in the expansive 1940s. The wearing surface is composed of oak, beech or elm, and the base is composed of timber waste from Norrland.

A modern new parquet factory opened in 1967 but closed in 1972. However, flooring production continued in Holmsund with plastic flooring.

Armstrong World Industries AB has manufactured plastic flooring since 1949, and has done so in Holmsund since 1997. In September 2010, however, the company announced that operations in Holmsund were shutting down. 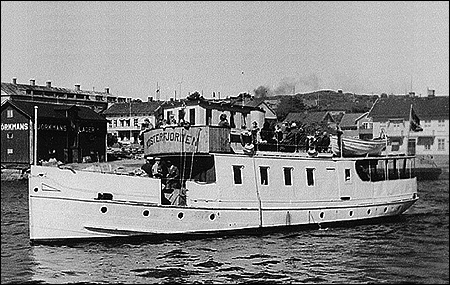 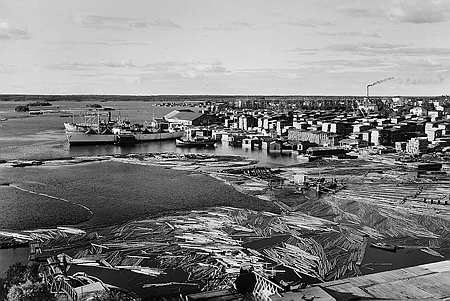 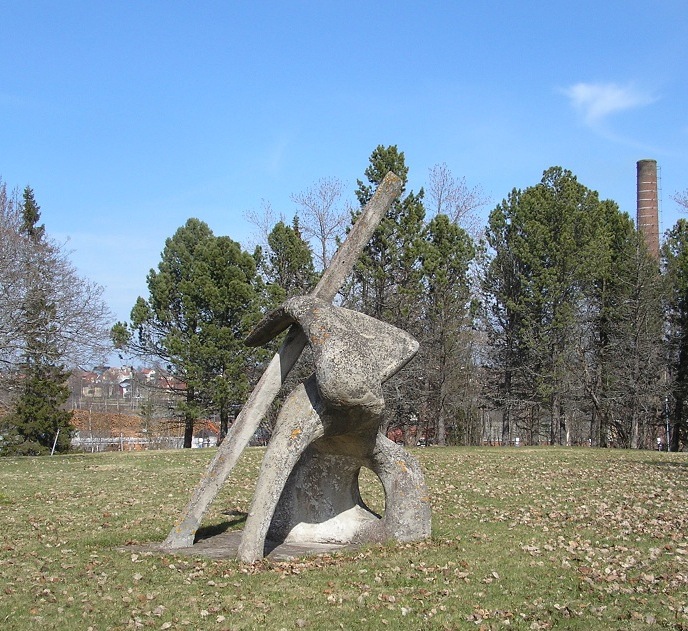