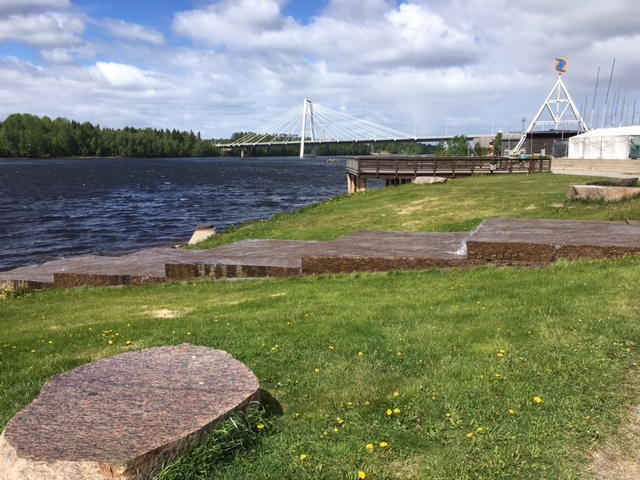 Vattentrappa is a monumental fountain, a work of art in water with roots in antiquity’s public fountains which evolved in the Middle Ages into springs in squares, and became dominant elements during the Renaissance with large terraced gardens, for example at Villa d’Este in Tivoli, Italy. In the 20th century, fountains became common in public spaces once more, and water staircases were created in many European cities, such as in front of Oslo City Hall, which is a cousin work to Claes Hake’s Vattentrappa in Umeå (IT).