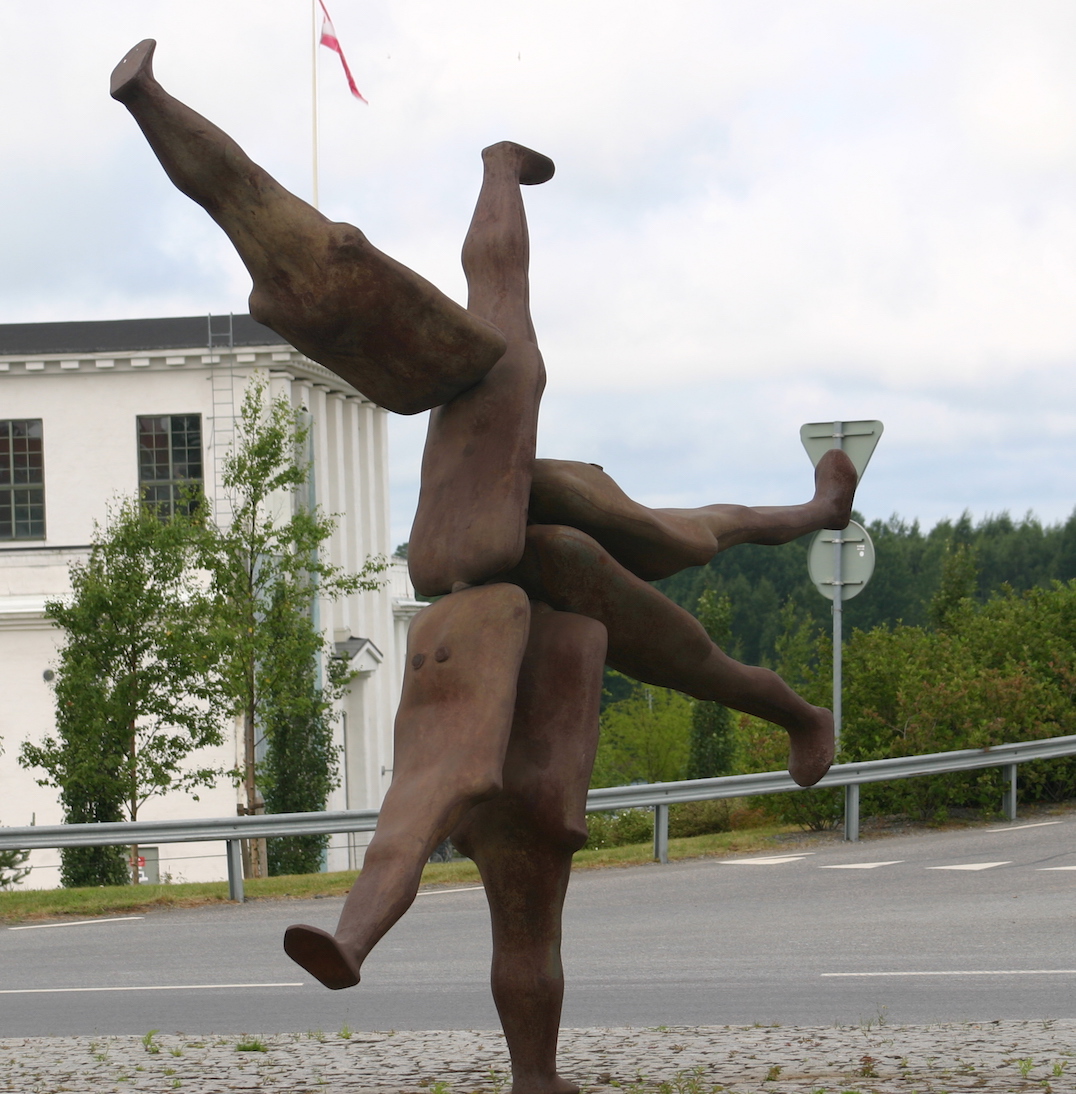 Rhizome II, 1998
Antony Gormley (1950– )
Strömpilen, Rondellen
OWNER: BALTICGRUPPEN
The 3.5-metre-tall sculpture Rhizome II is composed of bodies conveying a spoke-shaped motion, both forwards and backwards. It is placed asymmetrically on the circular roundabout paved with stones, which is itself a part of the artwork.

Rhizome II is constructed of six robust, headless cast-iron bodies with stylized nipples and arms tightly held at the sides. Each one weighs 800 kg. A gently forward-leaning body has five similar forms, which are casts of the artist’s body and based on the living human.

Antony Gormley’s bodies, which are mainly casts of his own, do not first and foremost describe how the body looks. His work addresses how the body changes, how it is born and dies, travels through time, serves as a meeting place for experiences, how it reproduces, like a rhizome or rootstalk. Humanity can be depicted in this way, like a nutrient-storing figure, with offshoots resembling couch grass, wood anemones or potatoes.

The sculpture Rhizome II is surrounded by travelling people who are constantly on the move. It stands in its arena which is the roundabout – a road with no beginning or end. (IT)