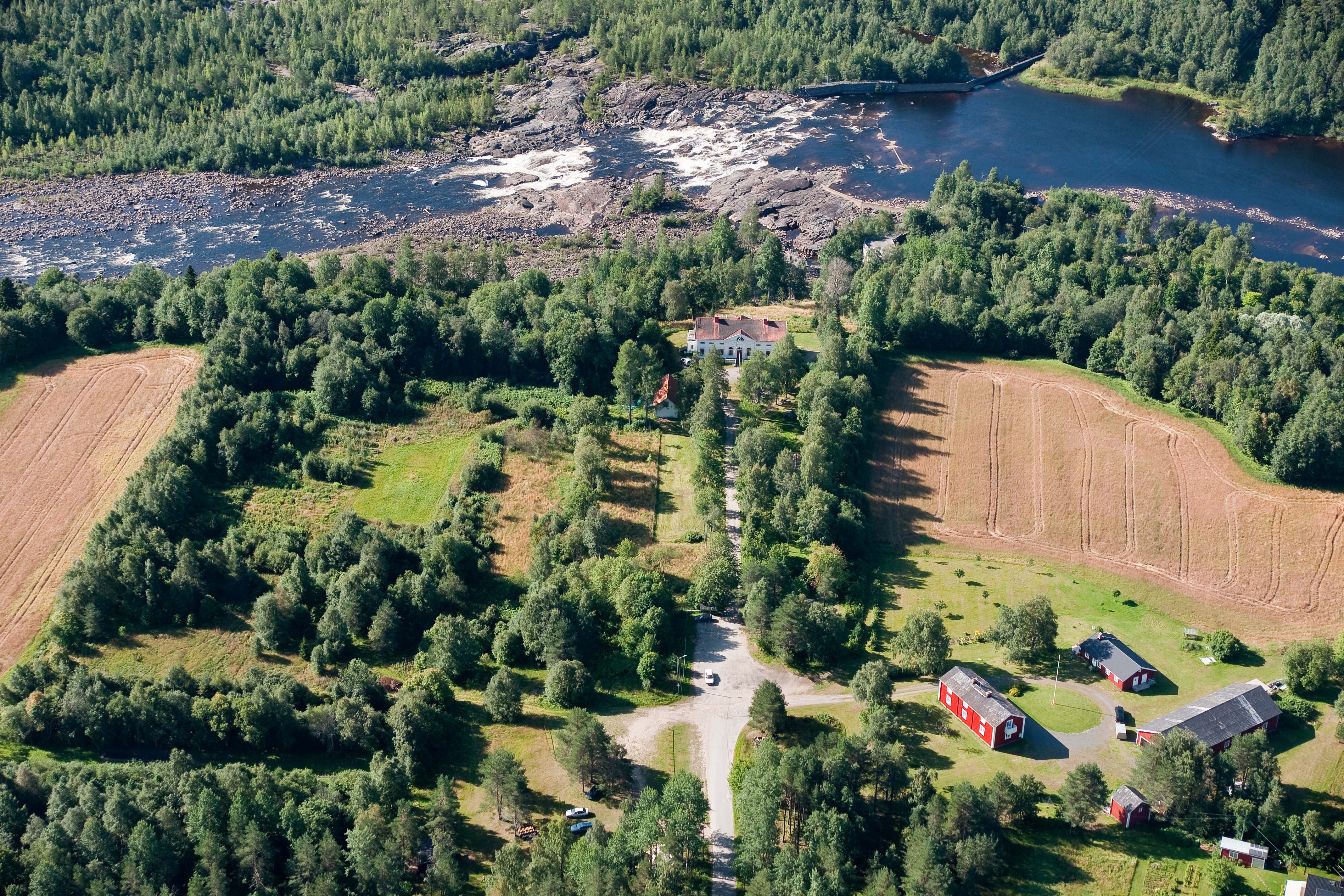 Evoking memories of the heyday of the Baggböle sawmill – and the illegal harvesting of the crown forest during 1860–1880 period – the former sawmill manager’s Empire style residence perches on the riverbank with views of the facility by the rapids. Baggböle Manor, an impressive building in its day, was clad with flat wooden panels larger and wider than the farms in the area and painted with light oil paint so that from a distance it looked like a stone house. The facade, with its central pediment and pilasters, is one of the finest examples of Neoclassicism in the Umeå area.

The building was designed by the Rev. Johan Anders Linder in Umeå, a multitalented intellectual often called upon to beautify facades of townsmen’s houses during the last half of the 19th century.